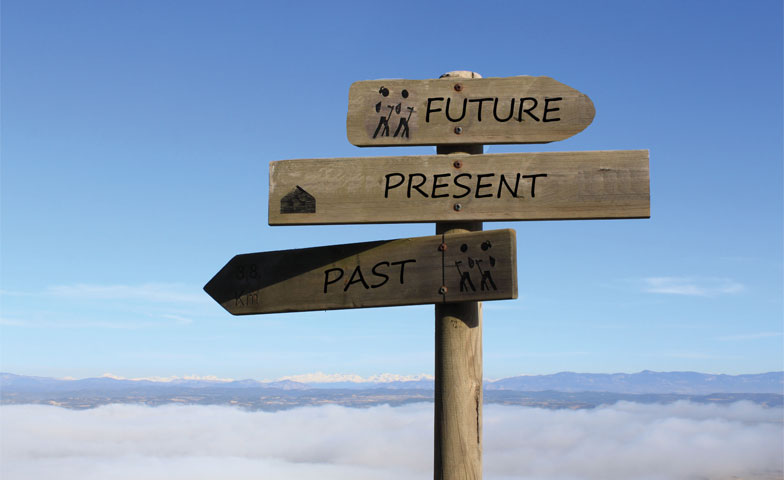 Four experiences for educators to consider about today’s young adolescents

It’s not our imagination, kids really are different.

As a parent of athletes, I see the benefits of athletics, including physical outlets, learning to work with others, setting goals, increasing serotonin (the chemical associated with happiness), and developing social relationships. Athletics have also become an entity around which family life is scheduled and a child’s identity is entwined.

Many kids “major in sports” as young as age seven—playing the same sport all year, and by middle school, often on multiple teams. Students might describe themselves as the sport they play “I am James, a soccer player” instead of “I am James, I play soccer, baseball, and like video games.” This leaves me to wonder what happens to a student’s identity if it’s determined they are a soccer player at age seven, but as they grow, their bodies cannot compete in the same manner or they lose their passion for that sport?

This early “majoring in sports” also has physical consequences. Dr. James Andrews, noted for his ability to “put top athletes back together,” described to Dennis Manolof that “Specialization leads to playing the sport year-round. That means not only an increase in risk factors for traumatic injuries, but a sky-high increase in overuse injuries. Almost half of sports injuries in adolescents stem from overuse.”

Majoring in a sport also includes the goal of qualifying for travel teams, which allows athletes to compete at a higher level. These teams, by the nature of requiring travel and additional expenses, often leave out students whose families cannot afford them, either by financial constraints or by not being able to take time off work to participate.

Parent support of athletes provides parents and children a shared language and interests. We see parents over-identifying with their child’s athletic accomplishments by coaching from the sidelines and saying things such as “We won the game!” However, when the team loses, the response might be “I’m sorry you lost,” with the unintentional message being “I am with you when you win, but not when you lose.” Adding to the pressure, parents hope their children will get athletic scholarships to college. But college funding of athletes has not increased with the increased number of children majoring in a sport. Athletic directors often wish for parents to be in partnership with their children and the team while keeping a healthy balance that allows their children to see their athletic accomplishments and challenges as part of the definition of their growth and development.

In a discussion with seventh graders, 13-year-old Jamison asked, “Why do adults always say they don’t want us to ‘go online’ so much?” Jamison was as mystified by the phrase “online” (referring to dial-up) as by the continual requests to limit her time on her phone. Her classmates agreed. They added that they don’t think of their phone as a separate device, but rather as a means to communicate, learn, and entertain. In fact, when one student told me he had been “talking to her all night,” I asked if he was talking verbally or with his thumbs. His response included a non-verbal look indicating it was a ridiculous question. He said, “through texts, of course!” And I believe many adults would have had the same response if our parents had asked us if we were in touch with friends by telephone or by letter. Parents and educators need to be in alignment with student engagement by focusing not just on how much time, but also on the quality of time spent on devices. For example, when working with students to enhance conflict resolution skills, I ask how they would handle certain situations both when navigating in person and on a device. Many kids state the adult focus presumes the conversation is in person or by telephone.

When we want to learn something about almost any topic, we “Google” it or watch YouTube. Googling has become synonymous to gathering information. “Mr. SEO” states “…the key to receiving traffic through Google is to gain first page rankings because first page websites get 91.5% of Google traffic” (https://www.mr-seo.com/seo-articles/importance-first-page-rankings/). Topics move up to the first page via an algorithm connected to the number of times they are searched for and this moving up lends a perception of credibility. These sites become the education for kids who do not have adults answering their questions, such as Stephen who told me “I heard the word ‘pansexual’ and asked my mom what it meant. She responded with ‘you don’t need to know about that’ so I Googled it.” Or when another student asked teachers and parents to talk about Charlottesville and they did not; he looked it up on YouTube, watching over and over the death of Heather Heyer. His takeaway was “if you stand up for what you believe, you can be killed,” completely contradicting the messages of those same teachers and parents who focused on being an upstander rather than a bystander.

I have surveyed several hundred students asking what they wanted adults to know about their relationship to technology. Here’s some of the feedback:

We used to believe the frontal lobe of the brain was responsible for impulse control and decision making and was “fixed” by age 18, then 21, and now according to the National Institutes of Health (NIH), we believe it reaches maturity in the mid to late 20s. We thought the physical changes of adolescence began around sixth grade but NIH describes the onset of puberty, the time in life when a person becomes sexually mature, typically occurs between ages 8 and 13 for girls and ages 9 and 14 for boys (https://www.nichd.nih.gov/health/topics/puberty). Additionally, much of our education does not indicate that chemical changes precede the physical changes. We pre-frame physical changes from a young age with statements such as “You are riding a tricycle now, but when you are bigger you will ride a two-wheeler” and celebrate growth and development for younger children “Look how high you can swing!” However, we often miss forecasting the growth and development of adolescence. The combination of the absence of forecasting changes and celebrating growth creates a web of secrecy around the changes in development. Parents and teachers serve students well by letting them know as young as the second grade that just as they grew from babies to second graders, they will also grow from second graders to teenagers. Just as when they were babies, adults are present to support them through these changes. Adults are reminded that when questions are asked and not answered, students may search for the answers on devices. One of my fourth graders said recently “I asked my mom what being gay meant, she said I should wait until I am older to find out. So I asked my Alexa.”

While there is much work to be done, much has changed regarding diversity, equity, inclusion, and justice. If we assume memory is fixed around age four or five, kids born after

…2004 do not remember a time before having an African-American president, therefore, having a white president is unusual in their experience

…2012 do not remember before the resurgence of the #MeToo Movement (originally used in 2006 by Tarana Burke) and the first openly transgender male, qualified for the United States Olympic Team

…2013 do not remember before race awareness in media changed when a Cheerios commercial featured an interracial family eating cereal and was met with responses including racism and boycotts.

…2014 are the first to be born in a majority-minority race demographics, meaning the combined “non-white” racial identifiers make up the majority of children 5 years old and younger (babies born in 2014 or after)

We are moving from believing that if we admit to being biased and privileged, we also admit to being racist; to now, not admitting our biases and privileges means we are racially insensitive, at best prompting the question “who teaches us in between?” The answer is that we need to do our own work and learn from our students. Adults are encouraged to learn about equity, diversity, inclusion, and justice while understanding our students are growing up with a language and vocabulary that is unparalleled. We can partner with students by telling them we didn’t learn about these topics in school and we want to learn with them now. Don’t wait until you feel ready, be ready now to listen and learn.