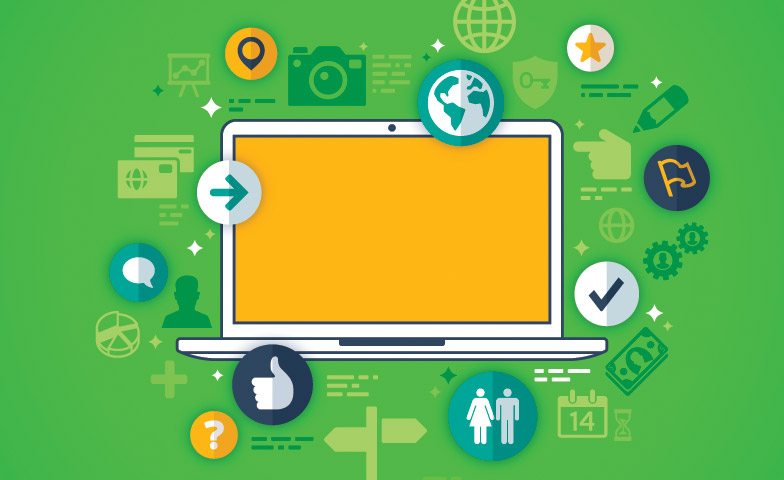 A few years ago, I wrote an article for students about the surprising amount of sugar that Americans eat. Toward the end of the article, after explaining how sugar is added to some foods you wouldn’t expect (crackers! tomato sauce!) and describing how consuming too much sugar can impact your health, I mentioned that some scientists had suggested a tax on heavily sweetened foods.

After the article was published, I received letters from several students. One stood out to me. “Dear Ms. Zimbler,” wrote a 12-year-old reader, “I saw what you wrote about how sugary foods should be taxed. I completely disagree with you.”

The comment showed that the student had made an effort to read critically. But it also revealed that she was confused: She had mistaken a point of view described in the article for my opinion.

By middle school, many students can distinguish between a straight news story and an opinion piece. But what about all the nonfiction texts in between? Feature stories, like the one I wrote about sugar, often highlight different perspectives on a topic. Sometimes, articles are written in an objective voice but only tell one side of the story. Identifying an author’s purpose can be a complicated task. It is also one that, in the age of social media and a 24-hour news cycle, has become critically important.

“We live at a time when students have more good credible information at their fingertips literally than at any other time in history,” says Alan Miller, president and CEO of the News Literacy Project. “At the same time, they’ve got exponentially more information at their fingertips that is not aimed at informing them in a dispassionate and truthful way, but is meant to sell them things, to persuade them, to incite them, [or] to mislead them.”

Miller’s organization works with teachers to build students’ critical thinking skills “so they know what to believe in a digital world.” With the help of the program, Angel Gonzalez, a teacher at De La Salle Academy in New York City, has integrated news literacy lessons into his seventh- and eighth-grade social studies classes.

Gonzalez has his students complete news journals for the articles they read. Students are asked to consider questions about the author’s purpose as well as the reliability and accuracy of the source. When students select an article for class, Gonzalez asks them, “Did you find something strong?”

The point of having students determine the author’s purpose, says Gonzalez, is not to suggest that opinion articles are not valuable, but to show students that it is important to be conscious of when a writer is advocating a certain perspective. As a culminating project, Gonzalez has students write a news article as well as an opinion piece on an issue they are interested in.

Julie Coiro, a professor who specializes in digital literacy at the University of Rhode Island School of Education, recommends thinking aloud in class as you evaluate sources of information. Modeling deep thinking about the credibility of the content and quality of the author’s claims, she says, is more effective than having students use a checklist of things to look for. “The checklist approach can lead to surface-level thinking,” she says.

When we launched TIME Edge, a new digital current events resource for middle schoolers, these issues were top of mind. We wanted to give readers the tools and information needed to form their own opinions on complex issues. Articles are paired with other texts that explore similar themes so students are exposed to more than one perspective. Close reading questions and prompts push students to read critically and to analyze the writer’s strategy.

Michael Spikes works with middle and high school teachers at the Center for News Literacy at Stony Brook University. He emphasizes the importance of directing students to take the time to evaluate the information they come across. “When you get a piece of information, before you jump to share it, before you jump to make a decision, slow down,” says Spikes. Giving students that awareness, he says, gets them started in the process of reading critically.

And that, says Miller, is a survival skill in the digital world.

Interested in integrating news literacy into your classroom? Check out these resources:

You can sign up for 60 days of free access to TIME Edge. See this sample news article and the corresponding opinion piece.

Teachers and students can access the content from the News Literacy Project’s new e-learning platform for free.