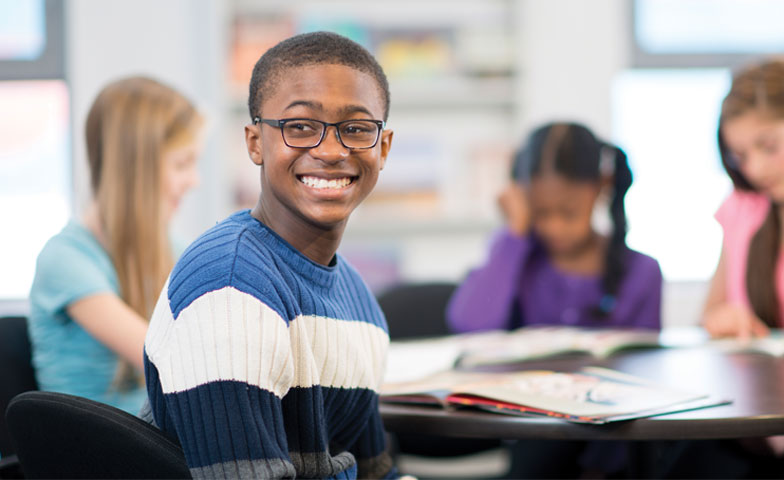 Implementing CCSS seemed daunting, but this school embraced the challenge.

Read More… from Implementing CCSS seemed daunting, but this school embraced the challenge.

I was at a staff meeting when I heard the news. Colorado, we were told, had adopted new state standards that were based on national Common Core State Standards (CCSS). Looking around the room, I watched my fellow teachers’ eyes widen in panic. We shared nervous, distressed looks.

The anti-Common Core backlash was already in full force, with Facebook posts mocking the analysis needed to solve 2+2. Many states that had initially signed on to CCSS had since opted out. Common Core-mageddon hysteria set in at my K–12 charter school.

After teaching fifth grade at the school in Colorado for nine years, I had finally adapted to the most recent state standards, was more comfortable with the content, and was able to spend more time honing my teaching craft. With the news of CCSS adoption, I felt like I had to start over.

It was time to do research, so I visited the Common Core State Standards Initiative website (www.corestandards.org) to see what the fuss was about. Because I teach Language Arts, I zeroed in on the English language arts (ELA) standards. What were the new standards and how would it impact me as a teacher? What would it mean for my students?

According to the CCSS Initiative, these standards were developed “to ensure all students… are graduating high school prepared for college, career, and life.” CCSS has specific focuses to promote student success: critical thinking, problem solving, and analytical skills. Key ELA shifts include an increasing complexity of literary and informational texts, an emphasis on academic vocabulary, and a focus on text-based, claim-evidence writing tasks.

It sounded ideal, but was it realistic? One thing was certain: I needed new strategies and resources as well as time to digest the information.

With the support of our administration, we analyzed the CCSS at staff meetings and realized the importance of integrating the standards across the content areas.

Our chartering district provided help, too. To measure student success with CCSS writing types (narrative, opinion, informational), the district created three text-based prompts. The first prompt, a narrative, was eye-opening: Analyze Ray Bradbury’s 1954 short story, All Summer in a Day, and finish the story, keeping to the plot, tone, and structure.

When I researched the story, I learned that its “readability” level was between seventh and eighth grade. I was concerned about the developmental appropriateness of the text. This was a major cognitive shift in thinking, as I was used to standardized stand-alone prompts like: “Pretend you woke up and realized you were a kangaroo. Describe your day.”

The students and I readied ourselves for the challenge. We read the story several times through multiple lenses. In particular, we analyzed Bradbury’s dreary, rain-inflected tone and lost ourselves in his gift for exquisite personification.

Finally, the students channeled their inner Bradburys and wrote their endings. The result was powerful, as they wrote some of the most descriptively rich and tonally consistent narrative pieces I’ve ever read from 10-year-olds. Better yet, I was starting to see a shift in their active engagement levels and excitement for writing.

For example, a student might read multiple accounts of Vasco da Gama’s famous explorations and then make a claim about the positive and/or negative impacts they had on the world, citing evidence from the text.

From my perspective, this is a clear improvement on rote memorization of yore, as it provides a basis for deeper understanding of a complex human history and promotes more expansive worldviews.

I made it through my first year of CCSS implementation. The transition has not been easy. A significant amount of time and effort are needed to analyze the standards, find resources, and reflect on best teaching practices. However, these standards represent a positive evolutionary shift in the world of education.

To prepare students for this new era of mass-mass media and information overload, we must provide them with scaffolding, modeling, and meaningful learning challenges that require critical thinking and strategic analysis. I am confident that CCSS are designed to set up students for success in an increasingly complex world both inside and beyond the classroom walls.

Check out this podcast with author Christine Botvinick