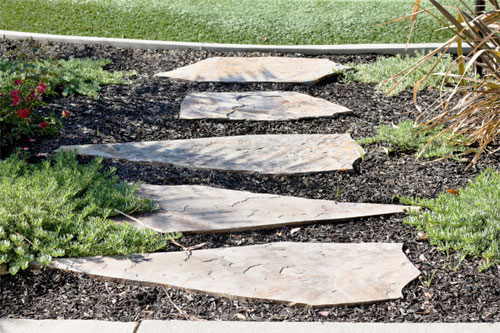 The room was getting hot. The matter at hand was even hotter. Seventeen of our schools had plummeted to the lowest performance level allowed by the state. In short, they were failing and we had to come up with a plan.

As I surveyed the room, which was full of district academic team members, 60 school principals and their leadership teams, as well as others, a thought came to my mind. I reflected on my years as a school principal and as a superintendent in a much smaller system and wondered if my previous experience in school and district turnaround would prove positive this time around. With no other idea to go on, I called the room to attention in hopes that what I led before would serve us well now.

I recalled the process I had followed several times before. I borrowed it from the biblical account of King David. Prior to becoming king, David was a shepherd that was assigned a monumental task of slaying a giant. David didn’t use traditional methods as he fought the giant. Instead he chose five smooth stones from a nearby riverbed to defeat his enemy. I call them stepping stones because while he chose five and only needed one, each stone was a step in the right direction.

I asked the educators in the room to recall for me what they thought were the characteristics necessary to achieve academic success as a school community. I asked them to name five things that they either did or observed that made a successful school.

I handed out sticky notes and asked that they record their thoughts on them, first individually then in pairs. Next, I asked that once the two of them had narrowed their two 5-item lists into one list of five, find two others who have done the same and complete the process again. This continued until they had a group of four people with a list of five characteristics of highly successful schools.

I could feel us stepping our way toward a very solid plan. The room was full of lists of five characteristics created by the professionals in the room. I began to combine common characteristics and refine common terminology. There was a hum in the room and positive energy began to shift the mood and the outlook. Educators were feeling valued and empowered. This was going to work.

As a district, we were able to secure both our state and federal accountability in addition to a two percent increase in graduation rate. Small steps for our district but positive steps nonetheless.

Our stepping stones were guiding us in the right direction. What are they, you ask? What characteristics did we determine must be present in order for our schools and its scholars to be successful?

Each of the steps began with a critical question. For Stepping Stone 1 the question was, “How well are our scholars attaining the challenging academic standards?” The answers help establish our belief and value systems that monitor our behavior. We determined that in order for schools to be high performing then student academic success must occur. That means high performing schools have a clear and present focus on instructional strategies that are directly linked to student academic performance and achievement.

The question this time was, “What are school administrators doing to ensure that teaching and learning are priorities in our classrooms?” This inquiry led us to a very important point; leaders in high performing schools promote and participate in establishing goals and expectations for everyone in the building. Additionally, building leaders plan, guide, coordinate, and evaluate professional learning for staff and students.

This discussion immediately stirred debate. The discussion was healthy and filled with flavor but it was the question that garnered the most attention: “What is happening in our classrooms, from bell to bell, week to week, and formative to summative assessment?” I articulated it another way, “What opportunities exist for the proper development, monitoring, review, and evaluation of both our approach to curriculum delivery and the building of teacher capacity? Teachers in high performing schools share strong content mastery, command of curricular resources, and an ability to overcome learning barriers.

As we considered the critical question for this stone, I insisted on the term engagement versus involvement. The question emerged: “In what ways are parents and community members connected to and engaged in activities that support student learning?” High performing schools engage parents and community members in the meaningful work of building and enriching the curriculum as well as the supports for students and teachers.

This is the question that guided us for stepping stone: “In what ways are the voices and accomplishments of students and teachers affirmed?” High performing schools make a strategic and concerted effort to regularly and effectively honor the work of both students and teachers. The work and contribution of both groups is valued and that value is demonstrated both tangibly and intrinsically.

What stepping stones would you and your colleagues identify to guide your school and students to success?

Cedrick Gray is superintendent of Jackson Public Schools (MS) and serves on the AMLE on-site cadre and on the faculty for the AMLE Leadership Institute. drcedgray@bellsouth.net