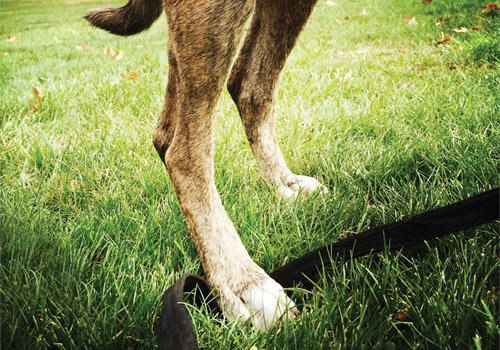 Making a comeback to teaching in the middle.

I miss teaching. I’m shocked even to admit that. I’m even more shocked to admit that I’m considering a comeback.

I’ve spent the past five years trying to separate myself from the teaching profession. My Arkansas Teaching License has done nothing but gather dust since 2010, used occasionally as physical proof that I finished my student teaching assignment without losing life, limb, or my mind in the process.

I earned a second bachelor’s degree in journalism, wrote a variety of articles for major state newspapers, and won state and regional awards for my writing. I’m even on my second year of a master’s degree in college student personnel.

So why do I feel like something has been missing?

I left student teaching with my tail tucked between my legs and vowed never to return to a middle level classroom again.

When I began student teaching in January, student behavior was out of control and my classroom management plan didn’t have a chance. Trying to get a management plan to stick was like trying to nail Jello to a wall—nothing stayed in place for very long.

Although I had made breakthroughs with “problem” students, I was told that I “got lucky.” A student who achieved a grade no higher than a 60 all year made four 100s in a row after some one-on-one instruction from me. He was so elated that he jumped up in the middle of class and gave me a bear hug.

I don’t think I “got lucky.” I think I had found a way to reach a student of whom everyone else had washed their hands.

All my enthusiasm for teaching had been sucked out of me by the time May rolled around. If it weren’t for the encouragement of my adviser, I wouldn’t have lasted until February. Somehow I plowed through. After graduation, I ran toward the world of journalism.

So why on earth am I considering a return to the classroom?

I’ve spent the past year as a graduate assistant in my old stomping grounds at Arkansas Tech University in the Department of Curriculum and Instruction. I’m seeing new methods and new technology emerging. There are more accessible learning tools for teachers than ever before, and there are myriad ways to keep students engaged. I’m grading lesson plans and gaining a new enthusiasm for the profession that I haven’t had in at least six years.

And, truthfully, I kinda miss those kids. The aforementioned student who hugged me sticks out in my mind. No matter how much recognition I’ve gotten for my writing, nothing beats the look in a kid’s eye when he “gets it,” when something that you taught him sticks and he feels a sense of accomplishment. I like the idea of looking at myself in the mirror in the morning knowing that I have the potential to change someone’s life in the next nine hours.

It’s time to make a comeback.