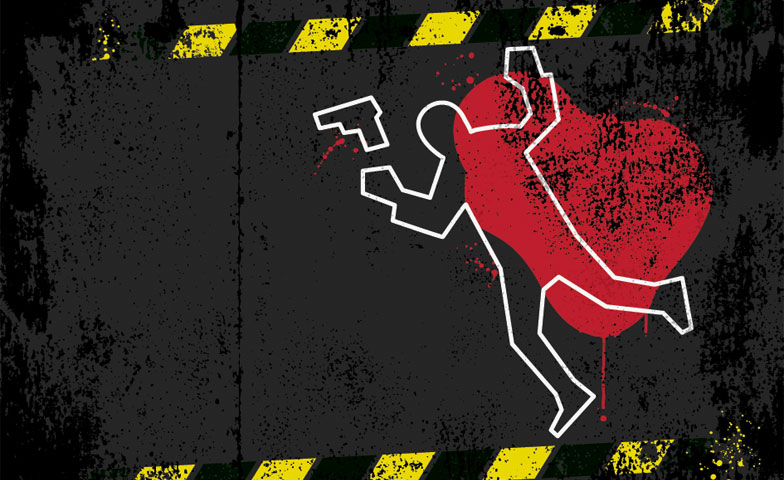 We value our young adolescents. Our mission is to provide an exceptional education to students in grades 6–8 and, in particular, “build on our nation’s promise of opportunity by exemplifying the role social justice holds in shaping a community of the people, by the people and for the people.” We also believe in developing curriculum that is challenging, exploratory, integrative, and relevant (see This We Believe, www.amle.org/twb). Thus, we modified a science unit for our seventh graders to more deeply align with our social justice mission and ensure that our students had opportunities to explore the often complex intersection of science and society. We know it can be challenging to plan curriculum that explores issues in social justice, so we hope that sharing this experience will spark ideas for other middle school teachers.

Each year our science students further their skills in observing and inferring, predicting and hypothesizing, making claims supported with evidence and reasoning, and isolating variables to examine scientific phenomenon. Like many other science teachers wanting to engage students in active learning, we set up a crime scene in the classroom. This crime scene looks as official as possible: yellow police tape, outline of a body, evidence left at the scene to analyze, and background information and alibis about suspects. Students enjoy this unit as it offers them the opportunity to reflect the work of a crime scene investigator similar to the roles many have viewed on television in popular series such as Law and Order, SVU: Special Victims Unit and most recently, Sherlock.

Suspects always emerge from the analysis but never have students been told whether or not their chosen suspect is “the correct one.” Students are, however, tasked with writing their claim (i.e., the suspect) supported with evidence and reasoning from the analysis of the crime scene investigation. We appreciate this aspect of the unit as it portrays the scientific enterprise and theory building.

While we focus on the importance of evidence to support a theory, we also attempt to create a deeper awareness of how evidence can be construed under certain conditions and where hidden bias—often based on race, gender, ethnicity, or age—can exist that may either benefit or disadvantage an individual or group of people. Thus, to engage with our school mission of promoting social justice, we expanded this unit to explore ways in which science and social forces could affect a crime scene analysis, specifically introducing students to the concept of wrongful convictions and the work of the Innocence Project. The organization was founded by Peter Neufeld and Barry Scheck with the mission to free those wrongfully convicted and reform the criminal justice system (www.innocenceproject.org).

Our students examined the crime scene and investigated artifacts including yarn fibers, DNA fingerprints, powders and liquids, and hair strands through different scientific tests. Students also considered alibis and testimonies of each suspect. By the end of week two, students presented their suspect with supporting evidence. After all presentations, we posed the question to students, “How confident are you in your suspect? What would happen if your suspect is convicted based on your evidence, yet your evidence is faulty?” This question led us into the second half of the unit where we explored the work of the Innocence Project.

We introduced the concept of the wrongfully convicted by allowing students to become acquainted with people the project has helped to free. We created ID cards using information from the Innocence Project website. The front of the card presented a picture of a person wrongfully convicted and the back of the card provided narrative including age, crime charged with, years served for the crime, and the date freed from prison. Students were asked to hang this card around their neck and to move throughout the classroom to meet others who were wrongfully convicted and collect information on a graphic organizer. Students found this introductory activity powerful and came to the realization that it was possible for a person to be incarcerated yet innocent of the crime. Students also explored possible patterns that may exist specific to the race, age, gender, or ethnicity of those wrongfully convicted.

We then introduced students to Ryan Ferguson who was wrongfully convicted and eventually freed through the work of the Innocence Project. He tells his story and those of others on the MTV show, “Unlocking the Truth.” Our students watched the beginning episode that detailed his own story and recorded their thoughts on the work and mission of the project along with the stories of the people interviewed.

To gain a broader sense of the problem, students examined data of incarcerated Americans from the US Bureau of Justice Statistics (http://www.bjs.gov/index.cfm?ty=kftp&tid=1). Many of the students were startled to find that almost one of every 110 people lives behind bars. We asked students to consider the following: (1) Do you think all of these people currently incarcerated are guilty? (2) Do you think that some people are in prison or jail but are innocent? (3) Could there be flaws in the work of scientific investigators? (4) Could flaws exist in our own legal system? If so, in what ways? We had students discuss their responses in partners, and then we discussed as a whole class.

Students wanted to know how wrongfully convicted individuals are freed, so we reached out to the Innocence Project to request someone from the organization come to our classes and share more about their work. Sara, a policy associate, joined one of our classes and presented students with information about the roles of the organization within both the legal and scientific communities to support the exoneration of those wrongfully convicted. Our students asked many questions including (1) When did you start working at the Innocence Project and what do you love most about working with them? (2) How long does it take on average to help a person?, (3) What happens when you do not successfully help a person in a case?, and (4) What is the hardest part about trying to prove someone innocent?

Putting It All Together

Synthesizing information across activities, we asked students to reflect on the work of the Innocence Project and to weigh evidence and consider errors in the scientific work of crime scene analysis. Our students returned to their suspect and reviewed the case categorizing each piece of evidence used in their original conviction as either strong (and why it is deemed to be highly accurate) or weak (identifying where misrepresentation, bias, or testing error could have occurred). This was an interesting day as many students realized that some of their evidence seemed less reliable now than prior. They commented that the evidence actually could point to multiple suspects, or that the evidence was fairly weak in nature.

This led our students to re-examine the other suspects that they initially believed to be innocent (or at least not as guilty as their final suspect) by reviewing both strong and weak evidence linked to each. For the weak evidence, students considered which of the suspects could have also been linked to the data. With regard to the strong evidence, students reviewed and ranked each data finding as to the percent doubt inherent in the evidence (i.e., 100% confident to 0% confident/high doubt).

A majority of our students concluded that there was greater doubt in their conviction than once thought, so we introduced the skill of refuting arguments by successfully countering it through evidence, often known as “refute grounds.” Using our writing program, we provided students with prompts to allow for a written reflection around (1) lack of data, (2) how the data is misinterpreted or misrepresented, (3) critical evidence not being used or ignored, or (4) seeking to uncover suppressed evidence.

Lastly, we selected four stories from the Innocence Project website that were written by the wrongfully convicted. Each story reveals the person’s history around the crime, how he or she survived being incarcerated as an innocent person, how a relationship with the Innocence Project was established, and the specifics of re-opening their cases. The stories conclude with ways the individual had moved forward in their newly found freedom. Students were tasked with writing their own story in the voice of their initial suspect embedding the refuted arguments from their prior writing task. We chose a few stories to be videotaped similar to those found on the website.

This project allowed for much discussion with our students on the science of crime scene analysis, what constitutes reliable evidence, and how intended and unintended biases stemming from issues of race, gender, age, and ethnicity, along with errors in scientific evidence collection, can have dire effects on individuals. We believe that this type of project offered our students an opportunity to examine a social injustice prevalent in our society and ways people can become actively engaged in fighting for a more just society.