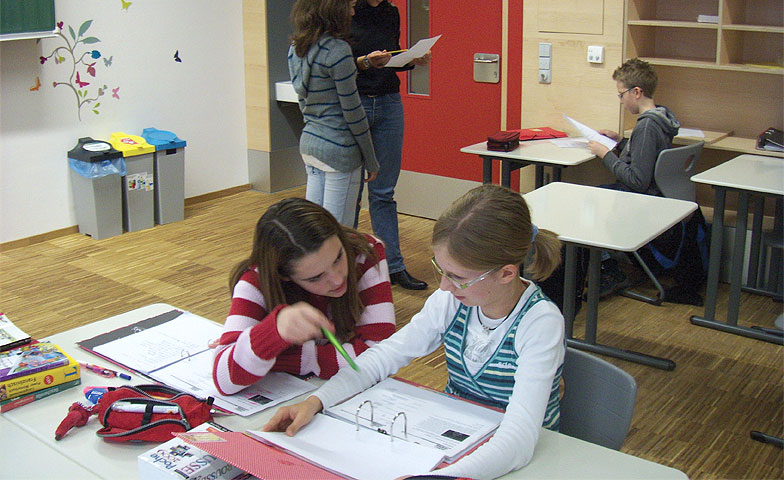 Bringing effective leadership to a new school in Luxembourg.

When Atert-Lycèe Redange, a middle-secondary school in Luxembourg, opened its doors in 2008 to 360 students, Claude Boever’s dream became a reality. Today, the school serves 1,200 students on a pristine campus located in the village of Redange near the Attert River.

As the school was being designed and constructed, Boever, who is the director (principal), assembled a planning team of 16 teachers, social workers, and school leaders to work closely with him to create a vision for Atert-Lycèe Redange that would make it unique in Luxembourg.

These pioneers began the conversation by asking themselves an essential question: What makes an effective school? The answer that emerged was this: an effective school has a principal who knows how to sustain change over time and build a culture that values continuous professional learning for the staff.

Claude Boever is an optimist, a risk-taker, and a relationship builder. He leads by walking around, taking the time to speak with students, teachers, and support staff. He stands alongside his staff. His actions reflect his beliefs. He shares stories and celebrates successes with his entire staff.

The success of Atert-Lycèe Redange is due primarily to five leadership principles.

Claude Boever knew how to pave the road before driving on it. Before this new school opened, he assembled a leadership team of administrators, support staff, and teachers, based on a culture that values collaboration and collective leadership.

When the school opened, the team became a supportive resource and provided a point of access for the new staff. Today, the leadership team continues to support the school’s vision and its mission statement.

The leadership team and the staff at Atert-Lycèe Redange have a clear vision. They developed a robust mission statement. They are a collaborative learning community and continually ask: What’s so? So what? What’s next? Their success endures because they continually revisit their structures and strategies.

They take time to celebrate their successes and learn from their missteps. They have created a risk-free environment in which everyone is focused on student success.

The leadership team members were more like artists than craftspeople. They refused to cut and paste what they uncovered. Instead, they adapted the research findings and integrated them into the school’s culture. Boever continues to support research expeditions whenever anyone proposes innovations or challenges existing practices.

Boever recognized the importance of focusing on each staff member’s specific concerns. He knew that what is sometimes disguised as resistance is really fear of the unknown, lack of knowledge, or concern about managing change, and provided differentiated levels of support.

From the beginning, Boever promoted a culture that challenged the status quo. It was all about learning to color outside the lines.

Student learning is reinforced through student-to-student and teacher-to-student activities.

The leadership team asked themselves what schooling could look like if long-standing structures and practices could be changed. Conformity gave way to innovation. The school day’s start and end times were adjusted. Friday early dismissal was launched. Student counselors assumed a critical role in supporting students. Teachers developed activities to reinforce student learning through student-to-student and teacher-to-student activities.

The staff continues to review and re-imagine; however, the mission of the school is intact, sustained by core values that are non-negotiables. Those core values become the lens through which innovations emerge. In schools with a strong consensus on values and a belief in risk-taking, it becomes easier to introduce and sustain changes over time.

School director Claude Boever’s vision of a leader is one who empowers the staff and students.

Leaders sometimes try to implement too many changes at once. These ripples of change can easily become great storms that lead to exhaustion. Implementing change and then sustaining it over time requires a constant, focused, steady pace.

Rather than introducing myriad changes, Boever continues to focus on and refine the innovations that were developed initially by the leadership team. He runs interference on introducing new changes that may get in the way.

Boever’s vision of a leader is not the conductor on a podium. He jams as a member of the leadership team, knowing when to lead, when to follow, and when to get out of the way. He knows that the school’s vision and mission statement are non-negotiables, but he allows the staff to improvise around the edges like a jazz ensemble. It’s all about knowing what the moment demands and being able to work on it collaboratively.

The day-to-day challenges require him to rely on the leadership of his staff. He views leadership as a process through which leaders and followers build trusting, influencing relationships. Their goal is foremost: to bring about successful transitions and continuous improvement that will affect student learning outcomes.

In this context, leaders become followers and followers become leaders. Letting everyone solo from time to time gives them a voice. Jamming is evident throughout the school as teachers meet regularly in department, grade level and student teams.

Claude Boever realizes that his work will always be incomplete. He and his staff climb the mountain toward its peak, and when they reach the summit, they look for a more challenging mountain to climb.

The sparkle in Boever’s eyes and the smile on his face are evidence that he understands his role as the educational leader. He knows that by applying five essential principles, the initiatives and programs that he began with a team of 16 eight years ago would withstand the test of time—and they have!