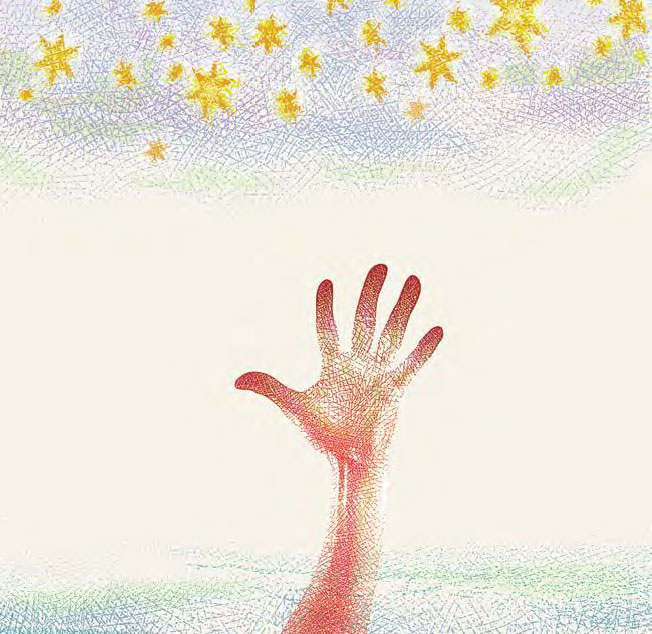 Lynn is an eighth grade student struggling through several of her courses; pre-Algebra is her biggest challenge. Until now, she has gotten by with acceptable grades, but this year she has found her classes much more difficult.

Now on the verge of bringing home Cs and a D- in pre-Algebra, she is beginning to question her ability. She has even considered skipping her math class for fear of being called on or having to take a quiz.

What’s more, Lynn is beginning to see a shift in her circle of friends. Some of her friends are taking more challenging courses, focusing on their grades, and discussing their plans for high school and even college. Other friends spend a lot of time talking about how much they dislike their teachers and school in general. With her growing frustration in her classwork, she is beginning to believe she has more in common with her friends who are apathetic about their education than those who are excitedly discussing next year’s plans for high school.

This is a precarious time for Lynn. Unless an adult is attuned to what is happening and is carefully watching and listening for signals that she is feeling defeated, Lynn could make a series of poor choices that will affect her for the rest of her life.

Should Lynn continue to struggle in pre-Algebra, her chances of doing well in Algebra next year are slim. This is especially concerning considering the relationship between success in ninth grade and attrition rates.

What Lynn needs most is for someone to help her believe that she—not luck, destiny, or heredity—has the most control over her future. She needs to believe in the power of her own effort.

The 2012 edition of Classroom Instruction That Works: Research-Based Strategies for Increasing Student Achievement presents an instructional framework that organizes highly effective teaching strategies into implementation stages. “Reinforcing Effort” is included among the strategies that the authors identify as necessary to create the environment for learning.

To reinforce effort, educators must ensure students know what is expected of them, get feedback on how they are doing, learn how to get to the next step, believe in their abilities to be successful in the class, and be aware of opportunities for social learning. Only then can they be expected to care about the content of a class.

Educators must establish an environment in which students feel they can do the work that is expected of them.

Cognitive psychologist Carol Dweck has conducted ground-breaking research on the importance of encouraging effort. Working with a group of middle school students, Dweck and her team researched the impact on learning and motivation when students were praised for working hard versus being praised for being smart.

The results were astounding. Students who were praised for being smart tended to take fewer risks, were easily frustrated with challenges, and even considered cheating. Those who were praised for working hard, however, persevered during challenges and were more likely to reflect on improvements they could make in the future.

Let’s go back to Lynn, the eighth grader who is beginning to flounder in her classes. Fortunately, one of her teachers knew to look for signs that could lead to apathy or even rejection of academics. Ms. Lewers started with a simple conversation, letting Lynn know that she had noticed a difference and that she was concerned. Throughout the conversation, Ms. Lewers expressed care, not criticism.

During the next few weeks, Ms. Lewers found ways to talk about successful people (including herself) who had struggled yet persevered through hard work. She began a program in which students self-rated their effort in various activities such as homework, class discussions, and tests, then compared those ratings to their achievement scores. Perhaps most important, Ms. Lewers prompted class discussions and conversations with parents on fixed versus growth mindsets.

Many students, including Lynn, were fascinated by the concept that one’s intelligence can grow. By spring, Lynn was showing renewed interest in her classes. She was overheard talking about high school and was in the process of drifting toward a more academic crowd. Lynn still had a challenging road ahead, but she seemed to be on the right track.

Lynn needed to hear these messages:

These messages cannot simply be a part of the culture or ethos of the classroom. Teachers should specifically address them through stories, conversations, and celebrations. Students like Lynn need to regularly hear that hard work leads to success and that believing that success will come—even in the face of setbacks—will help you reach your ultimate goal. What a liberating and crucial message to send to our future leaders.