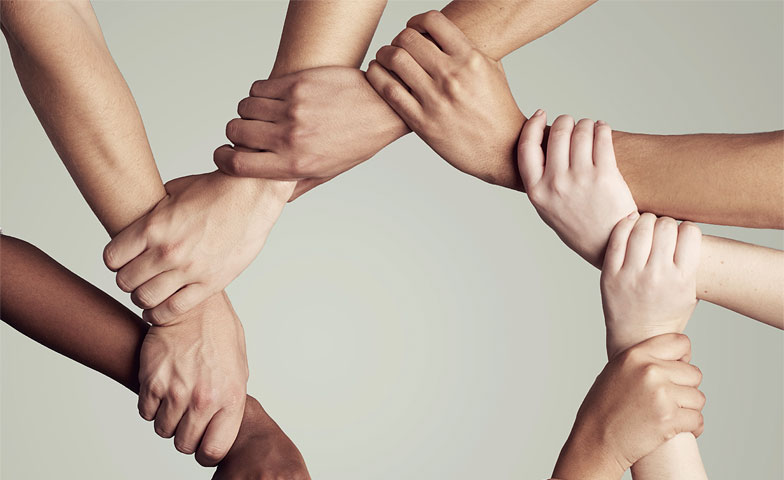 Emily, one of my former students, was in seventh-grade when a close friend leaned over to share a secret. “I’m bisexual,” Alison* told her. “I like guys and girls” (from Emily’s blog at https://jwa.org/blog/risingvoices/education-allyship) After that, Emily suddenly noticed how often classmates insulted kids for dressing androgynously, or told someone to “Stop being such a fag.” When Alison asked her for help starting a Gay-Straight Alliance (GSA), Emily didn’t hesitate. She recognized that LGBTQ+ students and allies needed a safe space at school.

That was just five years ago, but there was only one other middle school GSA in our large district at the time, and I couldn’t even verify that group’s existence. As Emily’s counselor, I told her I completely supported her and expected our principal to do the same, but I also tried to prepare her for unexpected hurdles. I then connected her with a student who led the local high school’s GSA, hoping he could help Emily and her co-founders think through emotional and logistical concerns.

While they wrote a formal proposal, I set up an appointment for them with the principal. As I had expected, he told the students he was on board. He also told them he felt protective and was concerned about pushback. To minimize interference, he asked them to advertise the club through word of mouth and social media. The founders were surprised and bristled at the suggestion to lie low, but they forged ahead. As if to underscore the principal’s concerns, they soon had a new problem. As word got out, students would confront them and insist a GSA was unnecessary because “There are no gay kids at this school.” They’d also say, “Wait, does this mean you’re gay?”

In retrospect, I missed a great deal. I was so focused on the end goal, I didn’t realize the mere idea of a GSA had stirred up so much hostility. But Emily, now 17, has kept in touch over the years, and she eventually clued me in. I’ve been at a new school for several years, but her observations continue to inform my approach to affinity groups. Here are four key lessons that Emily—and other students I’ve counseled over the years—have taught me about creating safe spaces for middle schoolers.

Choose your words carefully and be authentic.

“I’m never going to announce that the gay kids should meet at noon at table 6 for gay cupcakes,” my current principal told the entire middle school as he introduced the concept of an affinity group. “Not because our meetings are secret, but because they’re private.” Words like “secret” are loaded. They suggest stigma, while privacy signals that students get to decide what they wish to divulge about themselves.

When the founders of the GSA at my former school were told to fly under the radar, they took offense because it made them feel as if they had something to hide. As Emily recently wrote, “Every morning on the announcements, a student read our school values, the last two of which were sustaining a nurturing and respectful environment and honoring diversity…yet we could not discuss a club dedicated to preserving these values.” She’s proud that she founded a GSA that still thrives today, but cautions educators not to transmit contradictory messages.

Middle schoolers are exquisitely sensitive to criticism and rejection, so ask follow-up questions such as, “What can I help clarify? Have I said anything that’s given you pause? How do you feel about these plans? What have I missed? What could I do better?” Honor kids’ intelligence, tap into their social awareness, solicit their advice, and be authentic about your concerns. If you’re not, they’ll draw their own conclusions about your motivations.

GSAs are wonderful, but they don’t fully meet the needs of LGBTQ+ students. GSAs include straight allies and give questioning kids a space to safely explore their identity, but they tend to focus more on advocacy and education. Affinity groups, on the other hand, allow kids to delve into more personal questions, fears, and concerns. Students in affinity groups are more likely to confide their feelings about issues related to coming out, managing family and friends’ reactions, and dating.

Middle schoolers are picking up good and bad ideas from everywhere and trying to formulate their beliefs. It’s a mistake to ascribe adult motivations to their comments. They have limited background knowledge; they’re still learning how to sort fact from misinformation; and some enjoy eliciting strong reactions. The same student who starts out on Sweeping Generalization Lane can make a left turn onto Shocking Comment Avenue and still land on Reasonable Road.

In the Boys Group I co-facilitate, I insist on civility but don’t impose my views. When working with middle schoolers in affinity groups, it’s far more constructive to encourage analysis than to police thoughts. As kids debate and challenge one another, their thinking will change and evolve. A mother recently asked me for help because her 14-year-old son was expressing extreme opinions that flew in the face of their family’s values. I suggested she proceed with curiosity rather than confrontation—to say, “That’s interesting, tell me more about that.” The same advice holds true for educators. If a student makes an inflammatory comment during a group meeting, ask, “What’s the evidence that’s true? Could you poke holes in your own argument? What would surprise me or fascinate me about this topic?”

When the Boys Group first started meeting, they were preoccupied with FEM, the girls group. They’d ask, “Are they criticizing us? Are they mad we’re meeting?” A few boys wanted to bring the two groups together so they could “convince” the girls that they were the ones who were oppressed. I told the boys it was too early to meet, but assured them we’d work toward that goal. I wanted them to focus on their own needs first. Otherwise, I knew the meeting with FEM would be adversarial and unproductive. I also told them the truth—the girls weren’t thinking about them at all.

In time, the Boys Group stopped fixating on FEM. They spent their lunch (and gave up recess) to talk about their desire to express the full spectrum of emotions, to form meaningful friendships, to change how society views boys, to challenge gender stereotypes, and to mentor younger boys. By the time we brought the groups together, the boys recognized that gender norms limit everyone. When I rattled off a list of adjectives and asked the boys and girls whether they thought the words conformed to masculine or feminine stereotypes, they were in full agreement. They noted that girls could be vulnerable and compassionate, but not outspoken or strong. Boys could be aggressive and disruptive, but not sensitive or kind. Girls were “supposed to be” invisible, and boys were “supposed to be” ambitious. They found common ground in their shared struggle.

Many educators have asked me to share the curriculum I use with the Boys Group. There’s no formal curriculum, and that’s by design. Safe spaces are safe because kids feel ownership and get to shape them. Middle schoolers need a skilled facilitator to set group norms around confidentiality and respect, and they need someone to pull them back to the center when they veer wildly off course, but they should be the ones setting the agenda. That means the “curriculum” will shift depending on the group’s composition and needs.

That said, it shouldn’t be a free-for-all. At the outset, ask participants to generate a list of topics that interest them and set some initial goals. Facilitators can bring in relevant articles, ask open-ended questions, fill in gaps, and provide structured activities, but their primary job is to fade into the background. Groups are powerful because they normalize kids’ experiences and decrease their sense of isolation. That only happens when kids are talking to each other, not listening to us.

*Alison is a pseudonym