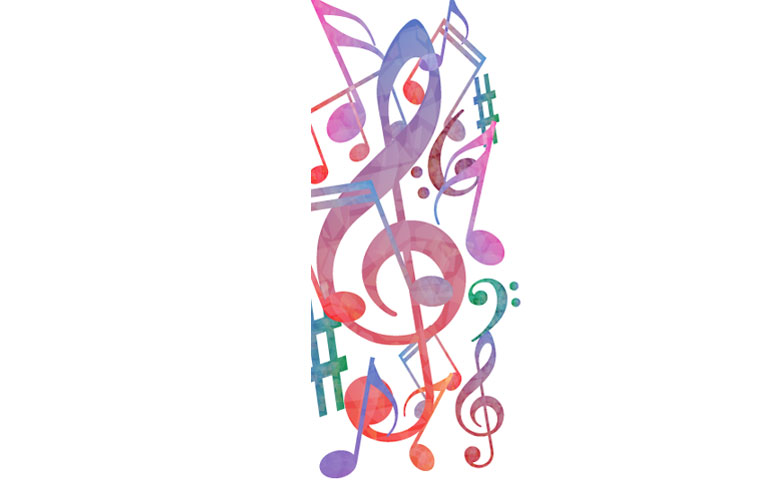 Teaching literacy skills through the story of Anne Frank has evolved for me—I’ve learned so much through my students and what they like in the music world! Their creativity and insights show academic progress, but even more importantly show me their middle school selves—feelings of triumph, uncertainty, and exploration. During this Anne Frank unit of study, each featured text speaks to us in a special way: the play The Diary of Anne Frank by Frances Goodrich and Albert Hackett (McDougal Littell textbook); excerpts from the diary along with independent readings from Anne Frank’s Tales from the Annex; the children’s art and poetry in I Never Saw Another Butterfly; Anne’s family and friends captured in the documentary Anne Frank Remembered. These texts facilitate wonderful discussions about voice, expression, and perseverance.

A simple assignment that I use to close the unit is to have the students work on their own voice by selecting a contemporary song to be used for a scene of a (hypothetical) new Anne Frank film. This assignment stemmed originally from two assignments from the McDougal Littell Literature Connections Sourcebook—the first assignment option calls students to play a piece of music that they select or even compose themselves for a scene from the play; the second assignment option is to create a piece of visual art to represent feelings evoked by Anne Frank’s experiences.

About the Soundtrack Project

For my assignment, I took elements from these two “Sourcebook” assignments, but I have incorporated more writing and now call it the “Soundtrack Project”—the students make their individual selections of contemporary music, matching their song’s theme and tone to any scene they would like. Using contemporary music as part of the assignment puts value on the songs the students are interested in and gives them the opportunity to become “authorities” for the project. The four main objectives for this project are: (1) to make interdisciplinary connections with art and music; (2) to make the Anne Frank unit study more meaningful to the students themselves; (3) to appreciate and analyze the lyrics of a contemporary song of their choice; and (4) to develop students’ authority and style in their writing and artwork.

In their first paragraph, the students are to analyze the song—both its sound and its lyrics. On the assignment description that I distribute to the students, I have questions to help them with their analysis of the song and its lyrics, such as What instruments are used? How do the sounds build or reinforce a theme? The students also have access to resources for poetry analysis to prompt them to think about the lyrics: Who is the speaker? Are there any symbols, images, and/or personification?

The next task is for the students to share their reasons for selecting the song as an artistic complement to any scene from our study of Anne Frank. The scenes that the students select are usually from the play, but the other texts studied, such as the diary itself or the documentary, are up for grabs as well. Questions that help students discuss this aspect are the following: What is the setting? What plot events are going on? What qualities of Anne do you want to emphasize?

Finally, the soundtrack cover design calls the students to use their artistic abilities to communicate their song and its connections to Anne Frank’s story. Hand-drawn designs are strongly encouraged, but images and tools from the world of technology can also be used. On the cover, they are to identify themselves as the music director of the soundtrack to this “new film.”

The final assessments are exciting to see and read because of the creative and diverse ways the students make Anne Frank’s story more meaningful to themselves. The following examples show the different directions students take with the assignment.

For some students the theme of Anne’s perseverance resonates. One student, Bobby, uses Coldplay’s song “Birds” (a recurring symbol in much of the I Never Saw Another Butterfly poetry) to discuss the power of Anne’s imagination and her longing for freedom. Bobby says, “Anne is constantly having nightmares related because of this. The [song’s] lyrics say that Anne would be ‘up at night,’ or ‘standing in a corner,’ which Anne would be. ‘Close your eyes. We’ll be birds, flying free.’ This symbolizes how Anne can close her eyes and imagine escaping, flying free. Also, lyrics ‘come on, raise this noise,’ and ‘out from the underground,’ can represent how Anne is silently resisting the Nazis, in her hiding, ‘underground.’ Anne’s voice is her written words. But she is only free when she closes her eyes. It is a false reality, and nothing more.” Bobby develops how haunting and sad Anne’s reality is and the importance of her writing for getting through her reality.

Similarly, Kira discusses Anne’s perseverance with a literary device found in “Safe and Sound” by Taylor Swift: “‘all those shadows almost killed your light,’ it shows personification. That relates well to Anne throughout the play version of Anne Frank because everyone is always saying how Anne is very optimistic and thinks of things in the best way possible. Therefore, she didn’t let the shadow kill her light.” Kira would have this song played at the point where “everyone is in tears because they know their fate [Nazis have discovered them in hiding].” Kira focuses on Anne’s optimism.

Perseverance and optimism are powerful themes; however, students are also moved by Anne’s insecurities and internal conflicts. One student, whose “Butterfly” cover does not overtly represent any scene in Anne Frank’s story, decides to draw upon the internal conflict of Anne’s: the way she sees herself as “good” and “bad.” The annex members often compare Anne to her “good” sister Margot, impacting Anne and her self-image. Referring to the song “Beautiful” by Christina Aguilera, Olivia says, “The song starts out with a slow and sad tone. The speaker is feeling very insecure and unconfident; therefore, the beginning is not very upbeat. There are only a few instruments that are used in the beginning, including a piano. As the song goes on, the speaker begins to feel more confident and sure of herself. More instruments are added, and the tone becomes more upbeat. The speaker continues to become louder as the song goes on, which also makes the tone happier and livelier.” Olivia writes, “[People may] begin to feel insecure because they lose their confidence by focusing on what they have done wrong or what they don’t like about themselves. Lyrics like, ‘Now and then I get insecure from all the pain.'” Olivia finishes with “Anne can’t let what everyone says get her down. She needs to stay confident, and she has to say to herself [lyrics], ‘I am beautiful no matter what they say.’ Courage in this way is closely tied with confidence and a good self-image.”

Another student, Lexi, tackles the same theme of insecurity with Imagine Dragons’ “Amsterdam.” Lexi argues, “Verse two really connects to Anne: ‘I’m sorry I bring you down, well these days I try, and these days I tend to lie.'” Lexi says, “[Anne] says that she is really trying to improve her behavior and that she doesn’t want to make her mother upset. She knows what she is doing is wrong, but she can’t fix her behavior.” In her explanation, Lexi focuses on how “stressful and terrifying” Anne’s life is and how this has impacted Anne and her relationships with the others in the annex.

Finally, the courage that Anne finds—must find—in her situation captures many students’ attention. Another student, Gabby, makes connections with “Hero” by Mariah Carey. She observes how the instruments and sounds of “the music [start] off soft” but then “becomes dramatic and emotional. This is similar to the feeling when you find the courage within yourself to overcome obstacles in your life and the hero inside you comes free.” Gabby returns to a line of the song: “When you face the world alone no one reaches out a hand for you to hold.” Gabby finishes her analysis of the song with the observation “that a hero lies inside of every person, and it can mean many things to different people.”

This project helps students demonstrate their skills in discussing thematic elements while analyzing their selected songs closely and using textual analysis to support their ideas. In addition to these language arts skills are the interdisciplinary connections to art and music: they appreciate and analyze their song while creating a “soundtrack cover” to show their connections to Anne Frank’s story. The added benefit to the project is a sprinkling of character education. The students can reflect on Anne’s many different virtues and the virtues played out in contemporary music, and in this way, they hopefully can draw upon these virtues for their own lives.