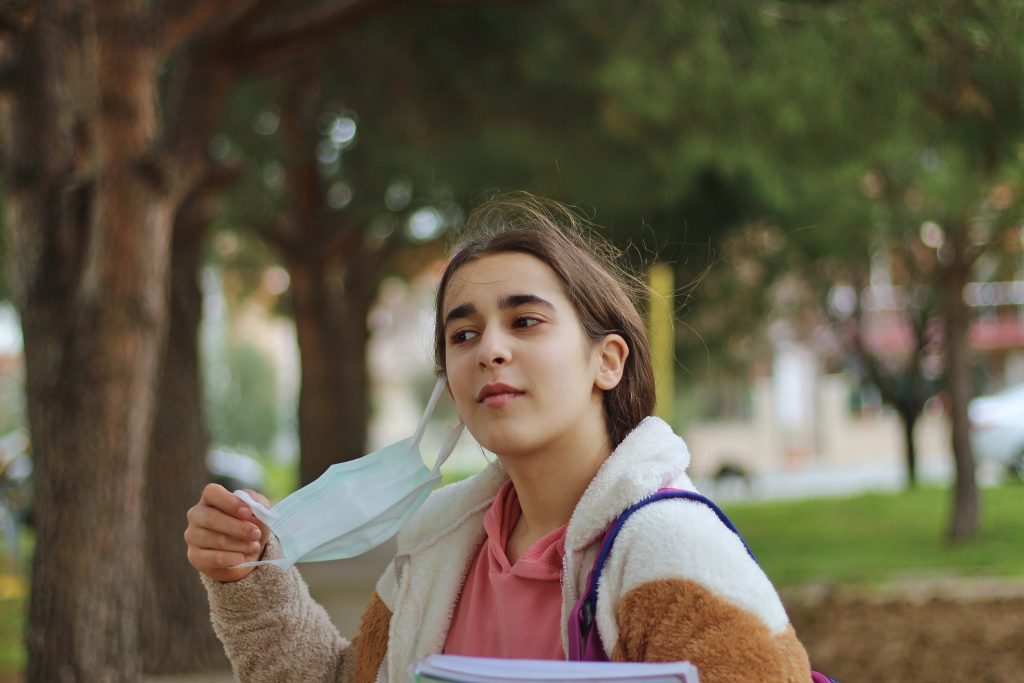 In January 2021, I sat in Starbucks® with a teenager. Jacob was seeking advice about his future and was cautious about the current state of the world. He was keenly aware of the fragile economy, of the volatility of the marketplace, and of the uncertainty leaders face today.

When I asked Jacob what his dreams for the future were, he looked me in the eye and replied matter-of-factly, “Dr. Tim, I am afraid to dream.”

He wasn’t being melodramatic.

This teen was expressing what millions of his peers are feeling right now. The COVID-19 pandemic has wreaked havoc on our world for two years, and it’s still not fully under control. According to an international survey called Global Youth Culture by OneHope, teens ages 13 to 15 said they were experiencing significant negative emotions. Consider some of the U.S. data:

The Need of the Hour

I’m not sure what you’re observing in your school or district, but nationwide, we’ve seen a trend with first-year students in middle and high school. Having learned in isolation for much of the last two years, many stepped onto their current school campuses for the first time. And it’s been challenging for them. In our 2021 focus group, teachers, and administrators acknowledged they’ve seen a lack of interpersonal skills, lower self-awareness, and a resistance to participation.

One superintendent reported a high rate of absenteeism and apathy among students. There is a quiet indifference. A high number of students are disengaged in the classroom, and some are even toxic.

One counselor said students are mad because they feel like everything has been pushed back to normal, but they do not feel back to normal. They complain they had no transition time.

One principal is seeing more physical fights on campus. Students seem to be tapping out on issues, which in past years, they would have been able to easily overcome.

A middle school teacher reported seeing an emotional fragility in students; they have an inability to handle mistakes and do not know how to recover from them.

Will Parker, Executive Director for the Oklahoma Middle Level Education Association, reported, “I’ve noticed some students who wear masks now even when they’re outside and alone. It’s almost become a safe place for them to hide.”

It’s time we examine some models for bouncing back.

At Growing Leaders, we’re privileged to meet so many effective, caring administrators and teachers each year as we speak on campuses, host webinars, and engage focus groups. These leaders recognized a setback on their campuses and initiated a move to enable students to recover from these setbacks, often leveraging the very problem as part of the solution.

The setback became a comeback.

Gary Davison, the principal of Lambert High School, reported that support for schools, positive groups, and clubs that foster community is declining while participation in virtual groups is growing quickly. Consider the devious licks or the blackout challenges on Tik Tok.

In response, his teachers and student leaders decided to turn the negative challenges on their ear. They met and then issued their own TikTok challenge, which was positive instead of destructive. They challenged their students to create and post TikTok challenges that would encourage and help fellow students to focus. Believe it or not, the challenges went viral, and now, they’re everywhere. It’s the new talk on campus. The comeback was all about pointing the students in a new direction.

Lambert High School reversed the setback by using TikTok challenges in their favor.

Belinda George, the principal of Homer Drive Elementary School, noticed her students were disengaging from schoolwork and reading scores had dropped measurably. She discovered this was often happening because kids were being raised by busy parents who were unable to read with their children. So, she turned this challenge around by hosting “Tucked In Tuesdays.” Each Tuesday night, Ms. George got on Facebook Live at 7:00 p.m. and virtually tucked in any student who wanted her to do so. Both Belinda and the students put on their pajamas, and she read a book to them. She pointed out big ideas, sounded out words, and offered shout-outs to kids who read the book. The result? Students engaged, reading scores went up, and attendance at “Tucked In Tuesdays” was and has been outstanding. Although the entire student body totals about seven hundred, she’s seen more than 2,000 students hop online for her reading time.

Amanda Foss noticed an apathetic spirit among students on her campus. The pandemic and quarantine had taken their toll on everyone. Instead of imposing her ideas on the teens, she enlisted the students as problem-solvers. She reported, “I got the administration on board with starting a student leadership program for each grade, and it’s quickly transformed our school culture and gotten students to take more initiative than they’ve ever taken before, even in pre-COVID times. We got them to work together to plan service projects for the school. Everyone is required to do at least one, but they choose what service project they’ll do. Our students have been highly engaged and want even more ownership and opportunities to serve as leaders!”

What a comeback. Amanda Foss put students to work to address the problem.

So, what makes a comeback educator? There are a couple of characteristics that each of these examples share:

What more can you do to become a comeback leader?

Tim Elmore is the founder of Growing Leaders, a non-profit that resources schools to teach life skills and Social and Emotional Learning. They do events, equip teachers to use images in their lesson plans, and offer curriculum. Find them at GrowingLeaders.com.