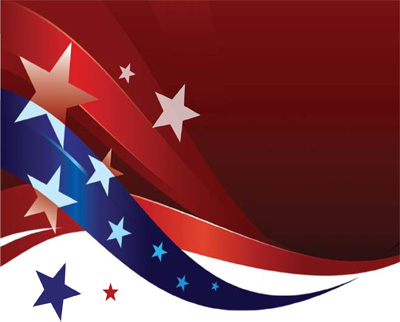 Today’s students need more than strong academic skills to be successful in the 21st century. To shape their future and the future of our global society, they also need strong leadership skills and a sense of social responsibility.

The Center for Civic Education and Leadership at Arizona State University launched a week-long Summer Civic Engagement and Leadership Camp in 2010 to give young adolescents the opportunity to discover and develop their leadership skills, learn about the local civic process, and be a part of change in their local communities.

Students who were incoming fourth through eighth graders from public district schools, charter schools, and faith-based private schools located throughout the Phoenix metropolitan area attended the leadership camp. They participated in real-life, simulated, and reflective experiences centered on their involvement in the civic process.

Deep learning experiences were concrete and engaging and addressed contemporary issues in Arizona neighborhoods. The goal was to have learners engage in the civic process, not just study it.

One of the most popular learning experiences was MYTown, an interactive learning simulation that got the students excited about participating in their local communities. First, students worked in small groups to design their own virtual town. Then they worked collaboratively to modify a proposed plan to enhance community centers and parks in Phoenix.

To engage the students in the workings of the local court system, we launched the entire camp into a mock trial that revolved around the ubiquitous Harry Potter.

Harry was put on trial for illegally using magic outside of Hogwarts to protect himself and others. Campers role-played the various characters and decided the fate of Harry. Then, we invited the presiding judge from the Phoenix Municipal Court to talk with our campers about actual cases brought before the local court and how the issues in the court represented common concerns in the community.

To continue the deep learning experience that gave students a new understanding of what it means to be a part of “we the people,” we carved out reflective, individual time at the end of each day for learners to write about their civic experience.

We also brought students into the community. After a tour of the state capitol museum, we visited the legislative offices of Arizona representatives and their aides. There, campers learned about the daily work and responsibilities of legislative staffers and asked government officials questions about community issues that were important to them.

Representative Eric Meyer escorted our students onto the Arizona House floor where they were able to sit in the representatives’ chairs and try out the microphones. Campers began to make connections between their own desires for society (will of the people) and the role of the local representative in serving constituents.

The highlight of the field trip was an extended visit to the Phoenix Municipal Court. Campers visited actual courtrooms where they watched the local judicial process unfold. A thoughtful judge even insisted that the attorneys in the court explain everything they were doing throughout the proceedings.

An actual court case (DUI) became a concrete and teachable moment about the importance of following the rule of law.

As students continued to build their civic engagement skills, we invited them to create their own town hall discussion. This culminating experience was not just the hallmark of the camp, but also a powerful assessment and demonstration of what the young campers had learned.

The first three days of the camp provided opportunities for research and discussion among our wide-age group of campers. By Wednesday afternoon, the group had decided on a firm topic for their town hall—placing the DARE program in every school— and spent the next two days tending to the final touches.

On the final day of camp, each camper took on a specific role, such as greeter, presenter, facilitator, and closer, as they conducted a one-hour town hall discussion attended by parents, university faculty members, and State Representative Krysten Sinema of Arizona, who participated by asking and answering questions.

After the town hall, parents and guests praised the accomplishments of the campers and the overall success of the inaugural civic engagement camp. One parent shared, “I was looking for something to keep my daughter busy this week while I was working. I had no idea she was going to grow so much.”

The camp’s success rested with the creative, supportive, and hard-working counselors who spent an entire week with the young adolescents. However, the doors to this unique experience would never have opened were it not for our partners.

Several months prior to the camp’s debut, we applied for a small grant from the Arizona Foundation for Legal Services and Education (AFLSE) to write curriculum for the civic engagement camp. Because the camp tuition of $225 was not affordable for everyone, we sought donations from small businesses, thereby creating a unique partnership with Arizona State University’s Office of University Partnerships. As a result, almost half of the students who otherwise could not have afforded to participate, were able to take part in this unique program.

An evaluation completed six weeks after the camp revealed that 100% of parents noticed their children were more likely to follow local issues in the media and to talk about civics. We hope the skills and passion these young citizens demonstrated will be honed during their upcoming school years and beyond.

Sherman Elliott is the chair of secondary education at Grand Canyon University in Arizona. He is former director of the Center for Civic Education at Arizona State University. E-mail: shermanelliott@msn.com