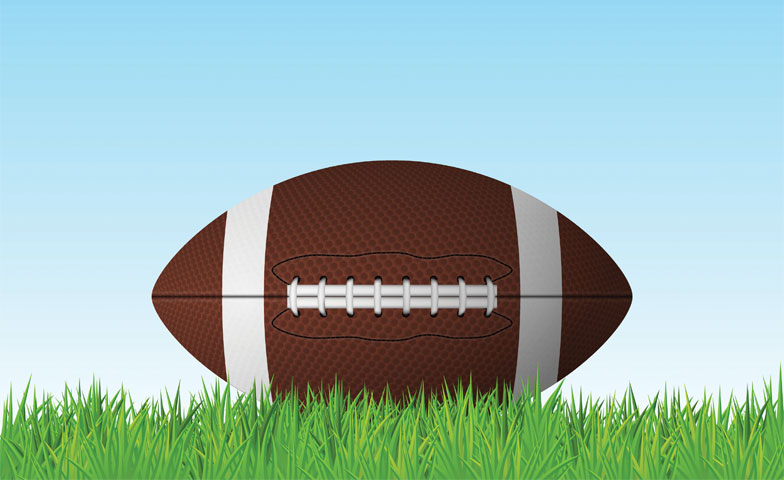 At a middle school in Texas, a fantasy football league was a win for the entire school.

Finding simple ways to boost teacher morale on a limited budget isn’t easy. Surprisingly, fantasy football or another similar competitive multi-person activity might be the answer.

The Fantasy Sports Trade Association (FSTA) estimates that nearly 57 million people age 12 and above in the United States and Canada played fantasy sports in 2014 and that number is growing dramatically. What’s the draw?

In addition to the fun of competition and the lure of making some money, many people enjoy competitive multi-person gameplay because of the social aspect that goes along with being in a league. Participants love the camaraderie inherent in participating in a league with their colleagues. Trash talking, boasting, and gloating are all part of the fun.

At one school in Southeast Texas, a fantasy football league scored more than just a win for the winning team—it was a win for the entire school.

Data suggest that between 40% and 50% of all new teachers leave the profession within the first five years; many of them cite low morale as a specific reason for leaving. Of course, morale is a complex topic, but several factors come into play, including:

When one or more of these factors is not addressed adequately, morale suffers.

At the beginning of the next school year, Scott co-authored and implemented a league at another school where he had no influence and studied the results. As it turns out, taking fantasy football into the school increased all three factors measured by the SMQ: leadership synergy, cohesive pride, and personal challenge.

Participants didn’t need to be experienced players; in this study, 82% of league participants had no prior experience playing fantasy football. The league membership consisted of 1/3 males and 2/3 females, and included the principal and assistant principal. A control group on the campus did not participate.

The teachers in this study first took the SMQ at the beginning of the school year—a time when there is excitement about their returning students and the promise of a new school year. By the time the winter holidays come around, teachers typically are weary and ready for a break. This was evident by a measured decrease in the overall morale score of the teachers in the control group who did not participate in the fantasy football league.

The numbers showed the teachers’ morale improved, but it didn’t show how they felt about the program. Based on responses to a series of follow-up questions with five teachers, it seems they loved it. Each teacher believed there was a positive change in campus morale due to participation in a fantasy football league. One teacher explained this change by saying, “I felt like I grew a little bit closer to my coworkers and I was able to connect with them on something other than what we did in the classroom.”

One veteran teacher told the story of forging a friendship with a third-year teacher with whom she had never spoken before. All but one teacher talked about making connections outside the school building.

Furthermore, all teachers talked about the role friendly banter played in making them closer. An added bonus was the banter the league created between the teachers and the two campus administrators. Simply said, competitive group gameplay can help bring down the barriers and open the channels of conversation.

The teachers identified the fantasy league as an icebreaker that helped open communication lines between them and the administrators because the common interest brought their group closer together. In fact, a well-respected veteran teacher called the fantasy football league, “one of the best things that’s happened to this campus in a long time.” The majority said they would play again the following year—the league is now entering its third year with more participants than ever.

Steps to Implementing a League

The following are basics steps for implementing a campus fantasy football league on campus:

1. Ask for volunteers. The league will be much more effective if it is filled with motivated participants, not people who are forced to play.

2. Choose a website to host the league. Many sites are available with free leagues, such as www.espn.com, www.yahoo.com, and www.nfl.com.

3. Choose a commissioner. This person will be in charge of setting up the league online, running the draft, and posting the results of the draft.

4. Pick a draft day. You will garner much more buy-in from participants if you have a live draft. Try to pick a day and time that can be consistent every year, such as during lunch on the last Friday before the students come back to school. Then the league can chip in for pizza and make it part of the draft day.

5. Have fun. The league will only be as good as you make it. Chip in for a neat trophy that will be displayed in the winner’s classroom/office for the year. Or buy one that can be used from year to year with the proud winners’ names displayed. It won’t take long before friendly banter (trash talk) begins.

It wasn’t necessarily the fantasy football league that increased the morale, but the sense of togetherness the league created among the faculty. A similar result could be elicited by activities such as professional learning communities, a book club, a weight loss challenge, a ropes course/adventure activity, or sports team such as softball or bowling. All these activities should engage the teachers and administrators on a campus and thus encourage communication and collaboration. Whatever activity is selected, the opportunity for improved morale is worth the effort.