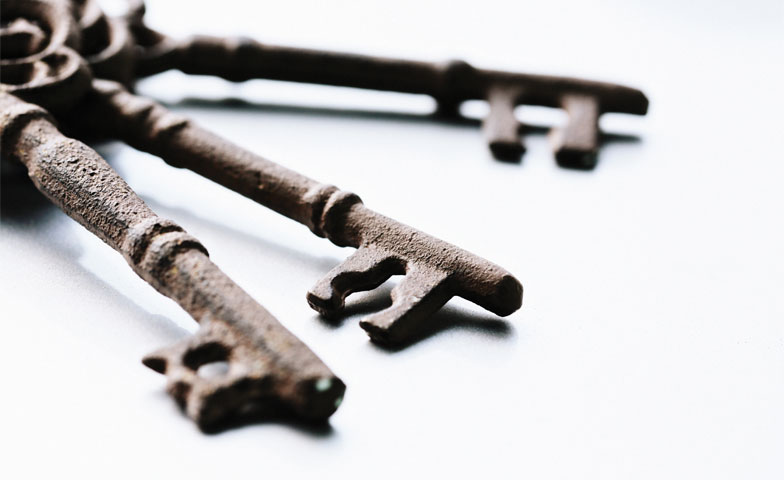 The golden rule of middle school: Build relationships with your students. This claim is supported by the Association for Middle Level Education (NMSA, 2010), as they describe a successful middle school as “an inviting, supportive, and safe place” where “human relationships are paramount” (p. 33).

Bickmore (2016) notes that middle school scholars suggest “principals should also understand and provide for the contextual, socially constructed lives of young adolescents inherent in a pluralistic society” (p. 2). The principals in this study note that with the plurality of influences bombarding middle school students, their students craved consistency and structure.

Mr. Baker reasoned, “They are creatures of habit. It helps show that this age of kid likes structure.” Ms. Wills observed the habitual movement of her students. She explained that although the school provided two identical food lines that the students could choose from, the students picked one line and went to the same one each day.

Relying on students’ habitual nature, the principals created consistent expectations for students. Ms. Wills gathered her faculty and staff to ensure everyone would manage discipline in the same way. She gave an example of her school’s routine:

If a kid cusses, we say “Rephrase that.” Every staff member says that, every kid hears it, and we’re done. It got to the point that the kids were telling each other, “Hey, no. Rephrase that.” Consistency across the board. Everybody on staff—every person on campus—we all say, and do, and react the same way. The kids know what the reaction is going to be.

Clear, consistent expectations help create safe, structured environments for students. These structures help students feel secure in knowing what is expected of them as well as the rewards and consequences of their actions. Students recognize these consistent structures as being fair because they are clear and consistent with all students. By creating this safe, fair environment for students, the principals lay the foundation for building trusting relationships with students.

Getting to know individual students takes time and effort on the part of the principal but is recognized as a crucial aspect of the middle school principalship. All five principals voiced their belief that knowing the students they served was one of the most important actions they could take. Ms. Norris explained, “That’s something I take pride in and feel is important. I try to know who each individual kid is the best I can.”

To get to know the students as individuals, the principals recommend making this time a priority and finding opportunities to learn about students while completing other tasks. For example, the principals used students’ habitual patterns of behavior to quickly learn about individual students. Mr. Baker explained that because the students would come into the cafeteria and sit in the same unassigned seat, he was able to recognize their patterns of movement, learn their names, and notice abnormalities such as when students were absent. These simple acts of recognizing the students helped form important bonds in the principal-student relationship.

Mr. Contreras purposely carved time out for students each week. He created and led a mentoring program in which he met with nine at-risk boys while his teachers led similar small groups in their classrooms. During one class, he asked the boys what they thought of the program. One answered, “If I wasn’t here, I’d be in DAEP [the disciplinary alternative education program],” thus demonstrating the impact of this purposeful relationship-building program.

Ms. Wills made it a priority to begin each day in the cafeteria eating breakfast with the students. She said this helped her build relationships with her students by consistently being visible and available, but also by allowing her to keep a pulse on how the students were feeling that day. She elaborated:

Mr. Baker took time during lunch duty to not only talk to students, but to model appropriate conversation and social conventions. As he would direct lunch lines, he shook each students’ hand and greeted them by name. He would then ask if two students standing near one another knew each other and if they did not, he introduced the students to one another and had the students shake hands.

Throughout the day, all the principals capitalized on opportunities to encourage individuals. One principal gave a smile and wink to a student. Later, she looked a student in the eye and whispered that she was proud of his behavior in class that day.

Although the principals felt they were challenged by time constraints, they found opportunities to spend time talking with their students. This type of positive talk encourages middle school students by making them feel noticed and appreciated, shows students they are respected and important, and reassures students that the adult engaging in positive talk is approachable (King, 2016). This is incredibly important as the middle school years can be difficult for students. The personal, social, and value changes that young adolescents undergo create emotional stress, resulting in disengagement in school and lowered academic performance (Griffin & Galassi, 2010). To help navigate this difficult time, Ellerbrock, Keifer, and Alley (2014) explain that young adolescents need at least one adult-student relationship with someone who understands and enjoys them. By taking time to know their students as individuals, middle school principals can grow these trusting relationships.

Relating through Humor and Fun

In the middle school setting, it is always important to remember to have fun with the students. Taylor (2016) reminds us that “taking yourself (or life) too seriously with this group will not get you very far. This holds true not only for teachers, but administrators as well” (p. 23). Having fun helps create positive learning environments (Hallinger & Murphy, 2013) while reducing the stress students experience as young adolescents (Griffin & Galassi, 2010).

Like getting to know students, principals grasped opportunities to infuse humor and fun into the day. Mr. Wilson wanted to make sure his students enjoy school. He explained:

I’ll come in and sit in a class and I’ll participate. If they’re talking about something, I’ll bring in something about old music. Cause I’ve been around a long time and they [the students] are like “Who?” Or I’ll ring the bell early and say early dismissal. I’ll take all the kids to the gym and let them play basketball or something like that instead of going to enrichment period.

Mr. Baker used any time with students as an opportunity to garner a smile. At lunch duty, he picked up a banana and pretended to talk on it like it was a phone. This got a laugh from a group of boys and they continued to “talk” on the banana as Mr. Baker meandered away. At bus duty, Mr. Baker asked a girl to come in and shut the door “so the boogeyman won’t get in.” The girl laughed and teased him about believing in the boogeyman and he played along. She happily complied with his request to shut the door.

The days of a principal being found in the office doing paperwork are over. Successful middle school principals are in the halls of their schools, connecting with students, and building relationships that will influence students for years to come.