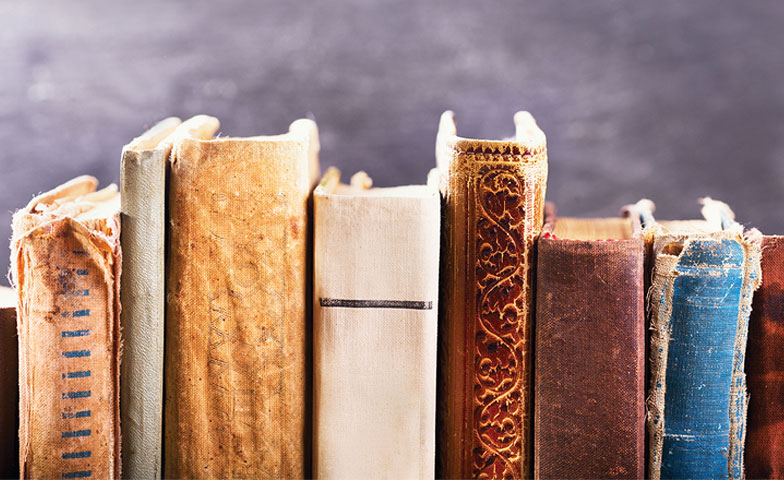 On the first day of school in Chicago, I encountered a room full of Iraqi, Nepalese, and West African refugee students. Timid, cautious, and nervous, they sat in Room 34 with visible trepidation. Someone with an equal level of trepidation? Me. I was a first year, white, male teacher. What was I going to teach these students? How was I an authority on anything as it relates to their experiences? Who was I to instruct these students on the human condition, challenges, and struggles, when, in reality, the biggest challenge I had had up to that point was moving from Seattle to the Midwest? Hardly an authoritative voice.

Two weeks prior to that first day, I had received the curriculum map for the Grade 8/9 English class, took a glance, and was unsurprised to find a white-centered, euro-centric literature curriculum: Of Mice and Men, Catcher in the Rye, The Great Gatsby, Little Women, Jane Eyre. The souls of these dead white authors leapt off the page. On several accounts, these are amazing pieces of classic literature that have shaped and molded our universal intellectual thought. Yet, they are not representative of the group of students that was to appear in front of me days later. Where were their stories? Where was the mirror in which they could see themselves? Where was the window in which they could experience other voices, stories, and experiences?

I should have done this with a little more tact, in hindsight. I marched down to my principal, curriculum map in hand, slammed it on her desk and said, “We have a problem here.” I argued that if we truly wanted to be a school that created a safe learning environment for all students, we would need to alter our curriculum. We would have to diversify our literary voices and authors, and open ourselves up to criticizing a white-centered curriculum.

I still look back on that first year as one of the most formative in terms of how I develop my curriculum and create a justice-focused learning environment. When I introduced a more diverse set of novels as well as opened up our classic novels to justice-focused critiques, students reported feeling more engaged, more interested, and felt that the curriculum was more relevant to their lives. That, to me, was success.

The theory is simple. Research indicates that when students can “see” themselves in literature and in curriculum across disciplines, they are more likely to be engaged. In fact, behavior issues even diminish. Most importantly, though, students who are traditionally disenfranchised from the literary canon are witness to their value. Every student deserves to see themselves in what they read. When teachers ignore topics of difference, race, and equity, we contribute to unsafe environments by showing our students that these voices and issues don’t matter.

I will admit, this is a personal endeavor for me. As a young gay student, growing up I often felt unsafe. I often felt like my voice didn’t matter. It was made even more difficult with the deafening silence I encountered throughout my entire K–12 public school experience. That silence spoke volumes. Never once did I witness an LGBT character in a novel, in a history book, or in a conversation or class discussion. The only time it was mentioned was in the context of a negative. The result was a feeling of isolation, loneliness, and fear. It was not until college—college!—that I finally was able to see people like me in what I read. For once, I felt like I had a place in the classroom. I was more motivated, more engaged, and increasingly excited about reading complex texts through the lens of my own identity. I was validated.

Our middle school students deserve the same, and, as teachers, we are morally obligated to help guide them towards discovering and exploring their own identity. Literature is just that powerful. Imagine if we could actually reduce prejudice by exposing our students to diverse characters. Or could we actually increase self-esteem by showing our students that they aren’t alone? I think, and my experience dictates, that this has profound impacts on the culture of a classroom and school.

Over the years I have developed a literature curriculum that takes into account two aspects of social justice education. The first, and arguably the most important, is introducing texts that provide a window and a mirror into the lives of people of color, the disabled, LGBT people, and others. It is, on all accounts, literature that exposes my students to diverse perspectives. I try to ensure that the literature is more than a single story. While the story of war-torn Africa is important, it’s not the only story from the continent.

A social justice literature curriculum relies on introducing these different types of texts that expose young readers to the experiences of the disenfranchised. It also challenges the Western literary canon and approaches classic texts with a high level of scrutiny and inquiry.

This latter requirement is sometimes referred to as the decentering of classic literature. Yes, classic literature has done wonders for our intellectual and literary worlds, but it’s also problematic and not emblematic of the world we live in today. That, in and of itself, is an important opening into literary critique.

For example, after a media literacy unit analyzing how men and women are represented in popular media, my eighth graders read the classic, Lord of the Flies. Now, don’t get me wrong, I love Lord of the Flies. I think it speaks volumes about the human condition, leadership, and the role of power in the development of identity. It’s also homophobic, presents us with the emasculation of young men, and has hints of racist rhetoric.

In presenting Lord of the Flies to my students, my goal is two-fold. Students analyze the text as we would any novel—theme, message, language, etc.—but I also push them in a direction of more profound social critique, or what I call a “justice critique.” By having contextualized the novel with a media literacy unit beforehand, students have some prior knowledge on the ways in which young men are presented to readers. Students are vicious in their justice critiques. Why are men always forced to be hyper masculine? Why are there no women in this story? In what ways does this book re-enforce our stereotypes of women? Why is this novel considered a classic when it negates a section of the population? What are the implications of reading this book in today’s world? Now, of course, we put these books in historic perspective and analyze them in tandem with cultural and social beliefs at the time. However, there is fantastic power in allowing students to analyze a novel on a level that seems “scandalous” and, at times, dangerous and radical to a 13-year-old. As teachers, we often select novels that are deemed classics because, well, they’re classics. We expect students to accept them for their literary value without ever opening up the opportunity to critique the novel that, yes, may suggest it is not as valuable as once thought.

Another novel we read together is Shabanu, Daughter of the Wind by Suzanne Fisher Staples. It is a fantastic young adult novel that provides a window into the life of a young Pakistani woman. On all accounts, it is a coming of age novel that places a female character at the center. We spend weeks talking about gender equality, the wage gap in the United States, and other issues like access to women’s healthcare and even how young women are treated at our school (the dress code becomes a heated topic of conversation!). We also discuss how the novel is problematic. We decenter it. The novel is written by Staples, a white woman from Pennsylvania. When students discover this, there is a mixed response. On one hand, students argue that the female voice is universal despite racial and ethnic identity. Others argue, however, that a white woman does not have the authority to speak on behalf of a fictional, Pakistani female character. The question that I pose is one of neutrality: What role does the author’s identity play in the construction of a narrative? The responses are anything but neutral and the level of critique and analysis is astounding. I align this with actual Pakistani voices through video, short stories, and nonfiction narratives. We compare and contrast the authority of voice, and students draw some conclusions, even if sometimes there aren’t any decisive decisions.

Another novel that is often used in eighth grade is To Kill a Mockingbird. There is no other novel in American history that has captured the intrigue of our curriculum maps for so long; it is a spectacular novel, and I try to read it once a year. Like most classics, it’s a complicated text with some problematic characters (made more problematic by the recent release of Go Set a Watchman). I like to read this book with eighth graders in tandem with diving into the implications of the very public shootings of young black men in recent years. The parallels are overwhelming, unfortunately. We discuss media bias, privilege, and the concept of the American dream as it exists today. We make sure to set it in historical context, but ask essential questions that decenter our previously held notions of the literary “saviour.”

This decentering of classic literature is, I’ll admit, uncomfortable at times. It is inherently radical and that can be uncomfortable. There have been several instances when I have had to have very pointed conversations with both administrators and parents about the goal of my literature class. I argue that I have an obligation to expose my students not only to diverse texts from around the world, but to simultaneously push them towards deeper criticism of traditional curriculum. Isn’t it the goal of educators to push students to think more critically, dig deeper, and question preconceived ideas? To ask questions? To second-guess what we have already learned? To ask questions that sometimes only lead to more questions? I want my middle school students to feel a sense of ownership over the curriculum. I want them to feel invested in the things they read. I want them to know that they have a space in the curriculum and that their value is something I take seriously.