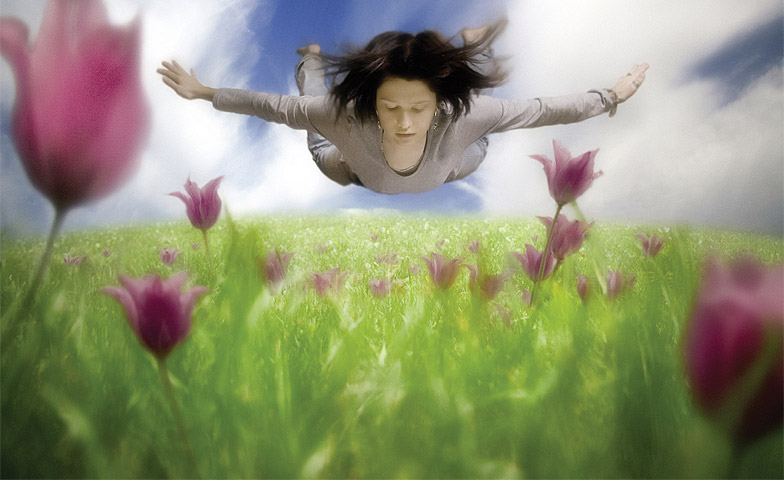 Have you ever fallen flat on your face?

In 2013, a video of a father and two daughters doing a trust fall went viral. In and of itself, a trust fall—when you close your eyes and fall backward, trusting the person/people behind you will catch you—isn’t that novel. So why did the video go viral?

The video shows a father and his two daughters. The first daughter has her eyes closed as the father gives directions. He says, “This is called a trust fall. Just fall into your sister’s arms and she will catch you.” The daughter knows her father and sister love her. She trusts them. What could possibly go wrong?

As the second daughter positions herself behind her sister, an astute viewer might realize that the father left out a critical direction during his explanation.

As Dad begins to count down, the daughter standing behind readies herself, bracing in anticipation of her sister falling back into her arms. As soon as Dad says “Go,” the consequences of his lack of clarity and specificity are evident. On “Go,” the daughter falls forward instead of backward. Face plant.

Let’s review: Dad did describe the trust fall to his daughters. However, we don’t know what his daughters’ previous level of knowledge was—and neither, apparently, did he.

Dad did instruct his daughter to fall, and he did indicate that her sister would catch her. But he didn’t say which way to fall. He didn’t specify forward, backward, or to either side. He assumed that she knew. With that assumption, he unintentionally created a viral video that became an Internet sensation.

One simple direction, one simple word could have made all the difference.

Have you assumed previous knowledge and thought your students or colleagues knew the direction when in actuality they had no idea?

As a building and district leader, I can give you many examples of poor communication. My lack of planning and lack of clarity have unfairly and unintentionally affected many staff members. They were flexible and understanding in covering for me, but if I had taken some additional time to plan and clarify, they wouldn’t have been put in that position.

While I certainly am not perfect, I now spend much more time on the front end of planning. Not surprisingly, I have noticed a much greater understanding when I communicate. As I have grown as a planner and communicator, action plans, vision, and follow-through have improved as well.

When we are teaching, we need to make sure students understand what we expect them to accomplish with each assignment. To do that, we need to spend time clarifying our directions.

A standard direction on a test is to “use complete sentences.” But have you explained to your students that you expect them to rephrase the question in their answer? Have you explained what level of detail you expect in their writing? Consider these types of questions with the goal of providing clarity for students.

Another common classroom direction is to “take out your notebooks and get ready to take notes.” Do you take for granted that your students know how to take notes? Don’t! Make sure they understand how you expect them to take notes. Give guided notes to help them with the process. Model your own note taking during a lesson.

Similarly, it’s important to spend time going over expectations for behavior with the students you serve. In many buildings, lunchtime can be chaotic. As a middle school principal, I made sure I spent several days with students explaining and practicing the routines students followed. Further, I outlined the expectations for the staff. Who is covering the lunch line? Where is the staff standing? How often should the staff move around?

Because of the time we spent in planning, behavioral problems were minimized, which allowed students some peaceful time with their friends. From a broader perspective, a peaceful cafeteria ultimately provided a better transition back to afternoon classes.

When we assess students, we need to have clarity regarding what we are assessing. Are the objectives clear? For example, have we worked to make sure our assessments align with the material we expect them to learn? Are students familiar with the types of assessment we are using? Do they understand expectations? It is imperative that students know how they will be assessed and what mastery looks like.

We also need to provide clear feedback based on the assessments. Research shows that clear feedback has a powerful effect on student learning. The feedback should be timely, focused, and aim to provide clarity. Feedback that consists of phrases like, “nice job,” and “great,” isn’t meaningful. Nor is “the student provided good details.” Your rubrics must be specific enough to provide clear and beneficial feedback.

Prior to giving students your rubric, ask yourself if it would be easy or difficult to defend a mark on the rubric. In the example above, “the student provided good details,” what does good mean? The word can mean many different things and certainly is left up to interpretation. By simply providing specificity such as, “the student provided three details…” we lessen the confusion, bring clarity, and allow students a better chance to meet our expectations.

As educators, we strive for perfection, but mistakes happen. No matter how hard we try to be clear, our directions may be misinterpreted. Often we need to take a step back and review the situation—including our directions—to identify where we can improve in the future. Did the students misunderstand how to do an assignment or was there another reason for poor performance? By embracing the philosophy that we aren’t perfect, we will maintain trust even when we weren’t clear and caused confusion.

Not long ago I wanted to ask my daughter to pick up the remote control, but I was frazzled and couldn’t think of the word “remote.” The only word that entered my brain was “thing.” That’s right, I asked her to pick up, “you know, the thing over there.” Talk about lack of clarity. She looked at me as if I’d lost my mind. If we don’t take time to organize our thoughts, others suffer from our lack of clarity.

Ultimately, our goal is to take our time, strive for clarity, and try to avoid situations that might cause face plants.