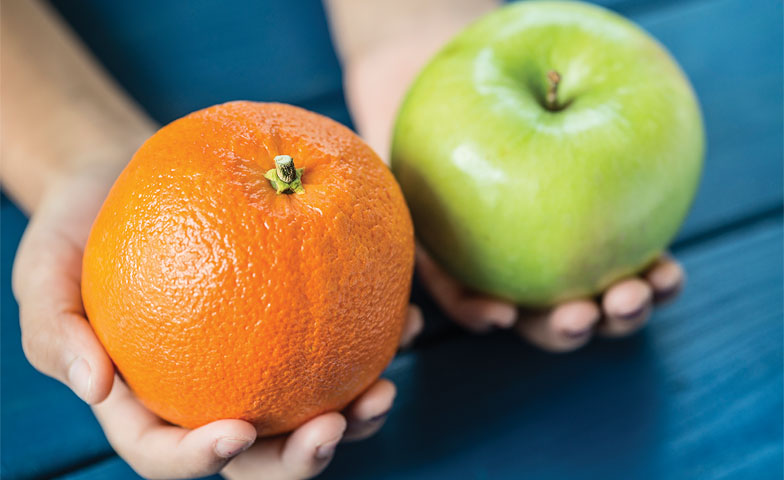 Much of the writing we assign our students is public writing—writing to communicate with others. Writing-to-learn is personal writing, writing that helps students increase comprehension of texts—fiction and nonfiction—in all disciplines. Reader response compels readers to interact with the text and makes visible for readers and their teachers the depth of text comprehension. This is the ninth in a series of columns on scaffolding writing-to-learn by teaching a variety of reader response strategies before, during, and after reading.

Effective after-reading response employs a text reformulation strategy in which readers reconstruct text read into another type of text. This synthesis, a critical thinking skill that involves putting together assorted parts to make a new whole, helps readers in all disciplines not only relate information learned, but rethink the meaning of this learning and connect new learning to other learnings and their developing views of their world.

The Importance of Comparing and Contrasting

We go to the grocery store to buy a product. There are multiple varieties, so we need to “read” them, comparing them to decide which one to buy. First, we must determine the basis of comparison we will employ such as cost, size, value, company reputation, and ingredients. Sometimes we choose the more expensive brand because the ingredients are healthier; sometimes we choose the cheaper store brand because the ingredients are exactly the same and in the same proportions. At times, the packaging of the more expensive brand is sturdier and will keep the product longer. Or the contents are organically grown.

As informed citizens, we compare and contrast constantly. We decide which politician will garner our vote, which route to take to work, which outfit is most appropriate for a particular activity. Comparing-contrasting is a decision strategy, one that is crucial to teach our students. It requires the engagement of critical thinking, such as analysis, to discover subtle, but important, differences and unexpected similarities between two subjects as adolescents learn to compare and contrast in meaningful ways to make informed decisions.

And although comparative thinking is a natural operation and essential to learning, research shows that most students have a difficult time making use of comparisons. However, when learned, this structure helps them organize both new and known information and develop their ideas, especially about what they have read. Comparing and contrasting based on text read is crucial for deeper understanding, and readers need scaffolding to determine important information and organize it. One way of doing so is by writing poetry in two voices.

Probably the first example of poetry in two voices was Paul Fleischman’s Joyful Noise: Poetry in Two Voices, which compared the lives of insects. One example is the poem “Honeybees,” in which the similarities and differences between a queen bee and a worker bee are revealed. In poetry in two voices, poets write from two perspectives, comparing and contrasting. Items or content that are similar are written directly across from each other and are read simultaneously; the contrasting details are written on separate lines and read one at a time, in whatever order the writer determines more effective. Or, the material can be written in the manner of a Venn diagram with the lines pertinent to both entities written in the middle. Examples of both formats will be shown in this article.

Students can compare two texts or compare elements, such as characters, settings, events, or ideas within a text or they can compare elements within a text to themselves or the world at large. When students compose poems in two voices based on the content they are learning, they are examining and analyzing similarities and differences and going back to the text and reformulating the text into another genre. They are interacting with the text (Roessing, 2013). Read aloud by two people, these poems take on the power of their voices. Many times after taking part in reading their poem, or listening to it being read by two other voices, students want to revise so the poetry most effectively communicates their message.

As a reading strategy, two-voice poetry requires students to return to text multiple times, looking at what was read from divergent perspectives.

In ELA classes students read many texts in different genres and divergent forms. To create their poems, they can compare and contrast characters from within a text to determine their similarities and differences and, more importantly, the consequences of those similarities and differences. In Langston Hughes’ short story “Thank You, Ma’am” there are two characters: an older woman, Mrs. Luella Bates Washington Jones, and a teenager named Roger. Their lives unexpectedly intertwine when Roger attempts to snatch Mrs. Jones’ purse and she decides to take him home and teach him a valuable lesson. While on the surface, these two appear to be very different, the reader finds that they are not. The importance of that connection and their similarities comes out when crafting a poem in their two voices (see figure 1).

Another way two-voice poetry can be employed is to compare and contrast characters from two texts, illustrating the commonalities in the characters despite their “residence” in a separate text and setting and reflecting the universality of conflicts that characters face. Some examples are shown in the social studies section below. Many secondary teachers pair canonical texts with modern texts, and writing a poem in two voices between characters in those paired texts would illustrate their commonality while acknowledging the difference in their lives and experiences.

A third way students can employ poetry in two voices with literature is by comparing and contrasting a character with either an actual person or with themselves, connecting even more closely with the text. One student, a reluctant reader, discovered a strong personal connection with Lonnie from Walter Dean Myers’ novel Hoops. See figure 2 for an excerpt from his poem in two voices “Lonnie & Me” (Roessing, 2009).

Comparing oneself with a character from the canon may serve to illustrate to students that modern life presents similar conflicts—although events may differ—and illustrates that we all have more in common than one may assume.

In a sixth grade world cultures class, students studied traditional cultures through Cinderella variants. The teacher reviewed the familiar French fairytale Cendrillion, and compared it to the Grimm brothers German variant, Aschenputtel; these two tales are similar since they both derive from traditional European cultures. The teacher then read Lily, a Japanese variant, and the class compared the stories based on the nine motifs common in Cinderella tales, such as the mother dying, help from a magical agent, a test of identity, and a happy ending. Students compared the cultures based on their background knowledge and as reflected in the tales. Next, small groups of students each read a variant from a different traditional culture from Africa, Europe, Asia, and North America; charted the motifs; and prepared and presented a puppet show of their variant to their classmates (Roessing, 2012).

As a last step to compare and contrast traditional cultures as part of their world cultures studies, students were introduced to poetry in two voices. They were paired with a student who had read a different variant and tasked with writing a poem in two voices as their Cinderella characters. The teacher first created and presented an example based on the French and German Cinderellas (see excerpt from the poem in figure 3). Because the students’ tales were so different from each other, she next showed them an example of a two-voice poem from two very different cultures, based on Aschenputtel and Lily (see figure 4).

The students, in pairs, then wrote their own poems in two voices following the examples. The student poem about the heroines in two of the oldest variants, Yeh-Hsien, more commonly known as Yeh-Shen, from China, and Rhodopis, the Egyptian Cinderella, is seen in figure 5. While they may not appear to have much in common, readers were able to discover and analyze the importance of their similarities.

Taking poetry into an eighth grade science class, the teacher used this method to review plate boundaries. After introducing poetry in two voices with examples from other disciplines as well as a simpler science poem comparing apples and oranges (Roessing, 2013), students were assigned to review their textbook and notes and were given the choice of collaborating with a partner or working alone to write a poem in the voices of convergent and divergent plate boundaries. Madelyn and Morgan’s poem is found in figure 6. Employing this structure for the first time, the science teacher commented, “The two-voice poem is appealing because it provides a concise, creative avenue for students to show they understand the differences and similarities between two concepts.”

There are countless opportunities to employ this type of poetry in science, many times leading to poems in three voices, and in mathematics classes to examine and review math functions and concepts, such as fractions, decimals, and percentages.

When students compare and contrast, they use multiple reading and thinking strategies:

And when students write poetry in two voices, they are comparing, contrasting, collaborating, reading, writing, and speaking in a creative and fun manner.