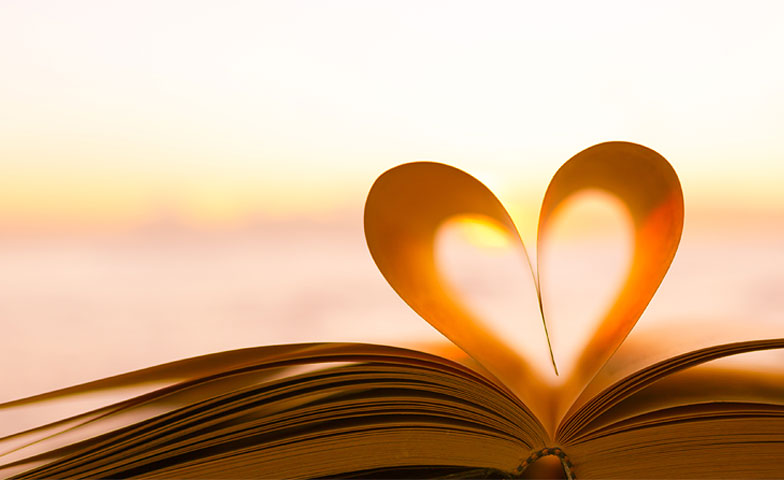 Michael Gordon ran a middle school for 40 years. That’s right, four DECADES. As principal, he got tough kids to soften and overprotective parents to loosen their grip. Under his watch, troublemakers fell into line and struggling teachers upped their game.

As I collect information for my book on parenting middle schoolers, I’ve been talking to dozens of experts. Gordon has a reputation as a legendary principal, so I called him from a local Starbucks armed with questions. I quickly set them aside and just listened. If middle school is a metaphor for life, then this man has accrued some serious wisdom. Here are 10 of his tips for running a school, parenting, managing uncertainty, and finding purpose.

On 9/11, Gordon had to make a snap decision. His students were in class when the planes hit. He decided to lock down the school, and he told his staff he didn’t want anyone using their phones or listening to TV or radio. They were in Roslyn, not far from Manhattan, and many kids had parents who worked in the Twin Towers. “Parents called to tell me they were coming to pick up their kid, and I said, ‘no, we’re under lockdown and I’m protecting your child.'” Some of them were insistent. He told them that if they came, he’d have to call the police. He knew that as soon as some showed up, there’d be a ripple effect. The other kids would realize something was wrong and start to worry.

“The next day, a group of sixth and seventh graders said, “you lied to us,” Gordon recalls. “I said ‘I didn’t lie to you, I wanted you to know your parents were alive and okay when you heard the news.'” One of the boys said, “he’s right.” He turned around and walked away, leaving the first kid standing there alone.

The most important thing in a middle school is that kids experience natural consequences, Gordon says. “Kids love consistency. Many parents will threaten their kid that they won’t be able to go to a ball game or a party, but then they relent. I had a rule that kids couldn’t have cell phones in school. Parents were texting during English to see if their kid wanted pizza for dinner,” he says. The first time the child pulled out his phone, the teacher took it. The second time, the phone was given to Gordon, and parents had to come in to pick it up. If a student broke the rule a third time, the child’s parents couldn’t have the phone either.

I asked Gordon for clarification. “Wait, you kept the phone FOREVER?” I asked. Yes, that’s exactly what he did. “That only happened three times, and then I never got a cell phone again,” he notes. He adds that parents appreciated the fact that there was evenness in the school. His no-nonsense predictability left no room for craziness.

Be straightforward with underperformers, but don’t be hurtful.

Gordon was straightforward with underperforming or malicious teachers. “You should be able to tell people they’re not cutting it.” Occasionally, teachers would lie to him. He’d always call them out. “They’d get indignant and say, ‘are you calling me a liar?’ I’d lean forward and say ‘absolutely.’ But I believe you tell people the truth nicely, not in a way that hurts,” he says.

Gordon believes that leaders need to appreciate that people’s lives are complicated and there’s no need to be disrespectful. “Issues come up with staff members,” he says. “They may be impacted by illness, death, or divorce. We’re not always at our peak. Teachers may go through a time when they have two kids in college and they’re nervous about money, and their behavior changes. I’d deal with them straightforwardly and with humanity and I’d get that back,” he adds. “It can be like throwing cold water on them—they’d say, ‘I didn’t realize I was floating down the river.'”

Teachers also knew they’d have to answer to Gordon if they got mean. “They had to back away, apologize and fix it. If people say things that are hurtful and nasty, you have to call them on it and say it’s unacceptable.”

Go back to kindergarten.

Even as a principal, Gordon regularly returned to a feeder elementary school to teach kindergarten. He thinks it’s critical that educators remember where their students started. “After a while, you begin to focus on the age level you work with, and you really have to understand where they are now compared to where they began,” he says. He once observed a kindergarten teacher who said to the children, ‘we’re going to the buses now, so pack up your lunch boxes, put on your coat and go to the door.’ When the 5-year-olds tried to put the coat on over their lunch boxes, they got confused and upset, Gordon recalls. “I said to her, ‘look, it’s all about sequence. Coats first, then get the lunch boxes.’ When you get to middle school, it’s more complex but it’s also the same.”

To that end, he’s in favor of order and systems at school and calm studying environments at home. “Whether your kid is 10 or 14, if your house is chaotic, that’s how they come to school. Organization is the only way they tie themselves to reality—otherwise they spin out of control and worry about what’s coming next. And when I worry, I may do things to clown around because I’m not focused, like pull the girl’s hair next to me.”

Model what you expect.

The principal always should display the values of the school, Gordon says. He dealt with every student in a caring, respectful, responsive, and sensitive way, and he expected teachers and front office staff to do the same. “If you behave that way, they will too. You get back what you give,” he says. “Everything is done by modeling. They’re always watching and listening, and they’ll do what you do, not what you say. If you win a child’s heart, their head will follow.” As he notes, you don’t teach English, you teach children English. “You’re always dealing with the kid first, and the tools you use are math,” he explains.

Don’t be intimidated by anyone.

Gordon didn’t let parents rescue kids. If they brought in their child’s lunches or homework, he turned them away. “They weren’t strengthening them, they were weakening them,” he explains. “I’d say, you have to understand that when you do that, it’s about your need, not theirs.”

When parents were anxious about their kids’ social status, some got scared and pushy. “They may have wanted their child to be the most popular, but there can only be one most popular, and those kids are always striving. You just want your child to move toward the right friends as they change and mature,” he says. And while you’re helping them shift friend groups, he notes, teach them that talking in person softens a message. “When they text each other, if they’re not skillful it can be like sticks in the eyes.”

Parents who had a great deal of authority in their work lives would occasionally grow frustrated when Gordon said “no.” “They’d say, ‘I’m going to take it above you.’ I’d say ‘let me give you the telephone number.’ You can’t be afraid, can’t be intimidated. I’d say, ‘I’m sorry you feel that way.”

If you want kids to make good decisions, they need to learn good values. Gordon tells parents to imprint their value system on the baby seal. “From the time they cry in the crib until they leave home, imprint all the values that have to do with caring, responsibility, and responsiveness,” he recommends.

Next, deal with their peer group, which can either support or go against that baby seal imprint. If kids do nothing else, he says, they should stop and think for 10 seconds before acting or posting. Adults can remind them to pause and ask themselves, “is this something I would be comfortable sharing with my grandmother or my school principal?

At dinner with his own daughter, Gordon encouraged critical thinking. “I used to take a piece of paper, fold it in half and label the two sides positive and negative.” He’d then say, ‘okay, this girl has been bothering you at school, what can you do?’ “She might say, ‘I’d like to punch her in the mouth.'” He’d calmly follow up with questions. “Okay, what positives and negatives would come from that? That’s inductive and deductive reasoning,” he notes.

Understand that change is hard.

Gordon was always sensitive to the rising sixth graders who were making a major transition. “If I’m in elementary school and I’ve been skipping down the hall holding hands with my friend, and now I’m going to a building that’s new to me, I’m going to be scared and excited,” he says. He tried to set the stage for a smooth transition long before they arrived. “When elementary kids came for their older siblings’ middle school shows, I’d keep everything in the building bright and open, not just the auditorium. I wanted the little kids who were not here yet to get comfortable,” he says.

He adds that change is hard for adults too. “There’s a season for everything. First a tricycle is acceptable, and then a bicycle, and then you suddenly need a minivan. And then one day they take the keys from you because you’re bumping into everything.”

Give troublemakers a sense of purpose.

Gordon had a group of twelve students who frequently got into trouble. “They were bright but always into something,” he recalls. He created a technology squad and gave these kids responsibility for managing the expensive computerized lighting systems and sound systems in the auditorium. “They put on shows and did incredible things, and we bought them black outfits with Tech Squad written on them,” he says. All of the kids learned technology skills.

At Gordon’s last graduation at the middle school, the adult who was supposed to run the equipment called in sick. “This sixth grader, a tiny 11-year-old, stepped forward and said, ‘don’t worry Mr. Gordon, we’ve got your back.’ Not a single thing was off, and it was the best graduation we ever had. His mother came in in tears and said, ‘this kid who used to hate school now eats, sleeps, and dreams school.’ If you want to give kids self-esteem, give them responsibility,” he notes. Those kids were never reported to him for anything again.