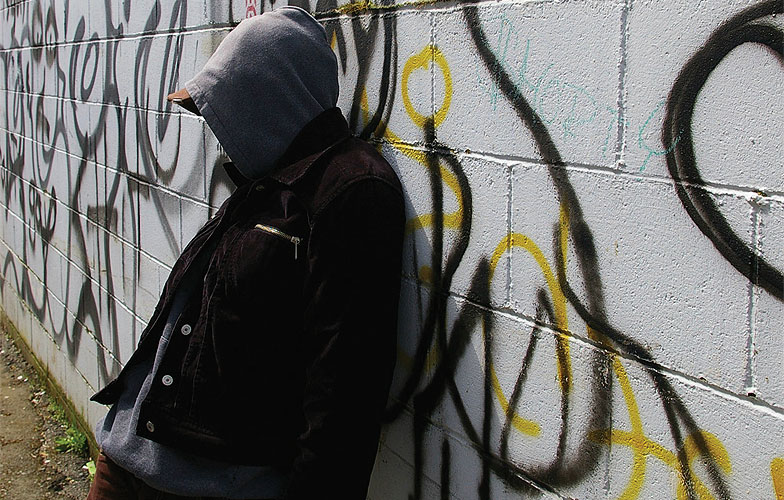 There probably isn’t an educator alive who hasn’t heard—or made—comments like these:

Too bad his momma is in jail! He never had a chance. If she just wasn’t from that neighborhood!

Why does he hang around with those friends of his? Can’t he find better company?

If I could just take her home with me, I know things would be different. That child is going to end up in jail!

Significant research has been done on the correlation between and among four factors: neighborhood characteristics, parenting, peer affiliations, and delinquency. This is what He Len Chung and Laurence Steinberg tell us in their March 2006 Developmental Psychology article:

In her book, The Developing Person Through the Life Span, Kathleen Stassen Berger states that “Delinquency is predicted by both childhood factors (brain-based) and adolescent factors (primarily contextual),” and that adolescent risk factors “include having deviant friends; having few connections to school; living in a crowded, violent, unstable neighborhood; not having a job; using drugs and alcohol; and having close relatives in jail.”

Finally, Patrick Sharkey and Felix Elwert, writing in the May 2011 American Journal of Sociology, contend that “a family’s exposure to neighborhood poverty across two consecutive generations reduces a child’s cognitive ability by more than half a standard deviation.”

So What Do We Do?

Is it hopeless? Should we just write off these students who are growing up in poverty and violence? No. Actually, there is a great deal of hope. Unfortunately we tend to get into the “polarities” frame of mind in schools: “If we cannot ‘save’ them all, why even try?” The real question should be: “Did I help one student today better negotiate his or her life and make better choices?”

The degree to which students conform to the behavioral expectations of their school is predicted by their sense of fairness, safety, and belonging in the school setting, their intellectual interest in school, and the feeling that they have supportive adult relationships in school.

Safety and belonging constitute the basis of emotional wellness. Regardless of the neighborhood, if students feel safe and supported by adults in a fair and inclusive environment, they “behave” (unless there is a biochemical issue), and they also learn.

So this is what we do:

1. We address one of the most damaging philosophies in schools: “I treat all my students the same.” If that’s the case, we should all wear the same eyeglasses prescription every day. Let’s face it: Each of us is different—different needs, talents, strengths, weaknesses. What should be the same are due process, careful investigation, and appropriate interventions/consequences within the context of a supportive relationship.

2. We recognize that about 90% of discipline referrals apply to 10% of the students. Most of these students don’t have relationships with supportive adults anywhere in their lives. So we need to find someone at school who will spend five minutes a day with them, one on one, getting to know them as persons.

3. We ask students what would make school better for them. We rarely get feedback from students because we tend to discount their opinions. It is analogous to having a conference on women and not inviting any women, making decisions about how the women will be treated without their input, and then saying that the reasons the interventions didn’t work is because the women weren’t smart enough or cooperative enough. That is what we usually do with students, and we wonder why our plan isn’t working.

I know a principal who met with a student group every month to discuss how students saw the campus. Because he had a mix of students, he received a wide range of useful data. Another principal had all his students sign a pledge to keep the school safe. He went to each English class and talked with students in small groups, explained what the pledge meant, shared why each student was important to him, and explained why working together in this way would make each of them safer.

The Vital Role of Parents/Guardians

For many students, because of the impact of the neighborhood, it won’t be enough to educate them well inside the school. Becoming educated in high-poverty neighborhoods requires that the parent/guardian also be a protective force for the students—to mitigate and interrupt deleterious patterns and thinking.

So, we help parents understand their own lives. We talk relatively little about their children, but instead about them. As a result, they end up with a future story. In tandem with the school’s efforts, the parents pass on to their children the idea of future story. Every parent and every student should have and be able to articulate his or her future story.

To counteract harsh and inconsistent parenting, we identify the students who are “frequent fliers” for discipline and invite their parents/guardians to a free dinner with their children (you don’t have to say why they’re being invited; they simply are). We present humorous and fun skits related to parenting, such as “How to and How Not to Discipline Your Child.” After the skits, we invite the parents to discuss discipline at home—what works and what doesn’t, why and why not.

A parent came up to me at a workshop with tears in her eyes as she said, “I have three young boys. Everyone tells me that if I don’t beat them, they will be really bad.” I asked her what she is going to do when they are too big to beat. “You need a strategy that lasts all of their lives.” A friend of mine counseled inmates before their release from prison, and one of the discussions was how to discipline their children. Most of them said they would beat them, just as they, themselves, had been beaten as children. The counselor asked them, “Did the beatings work?” They were quiet for a few moments, and then one inmate replied, “Obviously not.”

What Good Can You Do?

Each of us, including every student, is a complex combination of our personal resources, our understanding of the world and how it works, and our strengths and weaknesses, as well as our personal experiences. All these factors bring a richness to life.

To not allow talents to be developed because of a neighborhood, a parent, a peer, or a circumstance would be a loss for all of us. And it is not that we will necessarily change realities for each student, but rather we will make the effort for and with each student.

Each morning Benjamin Franklin asked himself this question: “What good can I do today?” And at the end of the day, he would ask himself, “What good did I do today?” May it also be thus for each of us as we work with the future’s most precious commodity—our young people.

Ruby K. Payne is an educator, author, and founder of aha! Process, Inc. She is a featured speaker at AMLE2014 and is the author of Achievement for All: Keys to Educating Middle Grades Students in Poverty, available online at www.amle.org/store.
rpayne@ahaprocess.com
www.ahaprocess.com