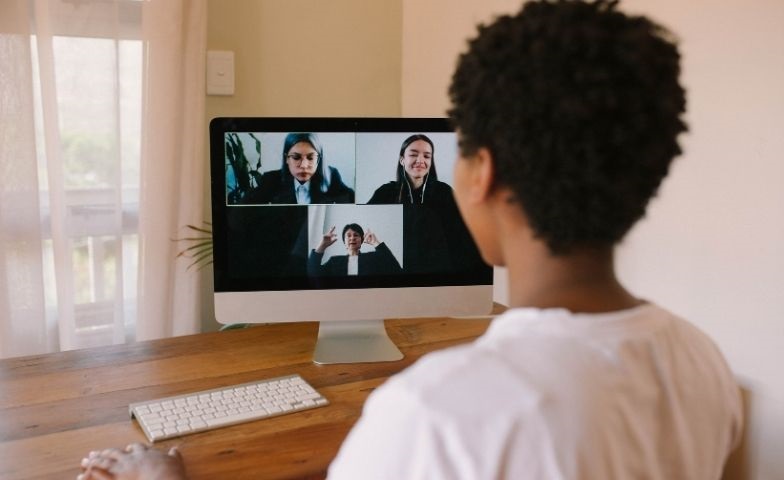 This article supports the following characteristics from The Successful Middle School: This We Believe:

A sixth grader felt excluded. His best friend was hanging out with students in the other half group and no longer wanted to play video games with him. He shared his deep sadness with an older girl, who reached out to me. “Can I come when you meet with him?” she said. Two other girls standing nearby chimed in that they wanted to come, too.

The boy agreed to meet with everyone on Zoom. As he talked about feeling lonely, the three girls filled the chat with their phone numbers and supportive messages. “You can always text me.” “I’m your friend.” “I think you’re the nicest person ever.” When the boy paused to take a breath, I urged him to read the chat. His face softened. “Thank you,” he said. “I really like all of you, too, but I still want my best friend back.”

Before COVID, it was tough to convince middle schoolers to stop chasing unrequited friendships, but it’s especially important now that we encourage them to take their friends where they come. Friends provide a social safety net at a time when the Centers for Disease Control and Prevention is reporting a spike in tween rates of depression, anxiety, and suicidal ideation.

I reassured the boy that choosing right-fit friends for right now isn’t a forever decision. I also told him the rejection likely had little to do with him, and that his friend might not even realize he had wounded him. Many of my most outgoing and empathetic students are too depleted to see beyond their own needs.

As a school counselor, I’m constantly thinking about how adults can support the social needs of children at a time when their lives are turned inside out. How can we help the child who is the only one in their grade learning virtually? How can we help a socially awkward or new student make friends despite masks and social distancing? How can we help kids feel like they matter if no one ever turns on their camera?

Most tweens need an assist right now, and educators can help them connect with peers and adults, whether they initiate buddy programs, invite them to lunch or affinity groups, match them with mentors, or offer game and movie nights. Or they can follow the example of Chris Lun and Monica Hepburn, a married teacher couple in Bethesda, Maryland, who host a live, weekly, interactive Zoom TV show called Power Hour.

Lun, a math teacher at Pyle Middle School, launched the show last spring when his students told him they felt disconnected during distance learning and wanted to interact face-to-face more often with peers. Within months, Hepburn, a music teacher, partnered with a colleague to offer a version of the show at her school, North Bethesda Middle School. For a while, the pair had a friendly rivalry and competed over ratings, but they eventually decided to join forces. The show now routinely draws more than 100 students from the two schools. Here are four ways to incorporate the best parts of Power Hour to meet middle schoolers’ social needs during the pandemic.

Make them laugh and take them seriously

Depending on the hour, the same seventh grader can be 13 going on 30 or 13 going on 3, so Lun and Hepburn alternate between telling corny jokes and posing philosophical questions. “Why did the pianist keep banging his head against the piano?” Hepburn asked the kids the night I visited the show. “He was playing by ear.”

“I wish people said, “It happens” more frequently to spare kids embarrassment,” one girl said. “At chorus, this girl didn’t know she was un-muted, so I messaged her privately to let her know,” she explained. “When she tried to apologize, I said, ‘It happens; in fact, the exact same thing has happened to me.’”

Even if we don’t want to produce a show, we can appeal to middle schoolers’ desire to laugh, amuse others, and bond over humor and shared insights. We can ask them to bring in a favorite riddle or joke, or initiate a discussion about their favorite aphorism, quote, or piece of advice.

Mix up routine with novelty

The show appeals to tweens’ need for ritual, consistency, and routine during a time of disruption. “Parents schedule their week around the Power Hour and say it’s transformative for their child,” Pyle Principal Chris Nardi told me, adding that students’ siblings often participate.

While middle schoolers like predictability, they’re also wired to seek excitement. That can be a challenge when your world is limited to virtual socializing. Power Hour runs at a set time, but it also offers novel experiences, such as Kahoot contests, surprise teacher and administrator guest appearances, and the possibility of meeting new classmates and making new friends.

We can strive to offer a balance of routine and safe thrills, whether we’re on- or offline. For instance, to accommodate a larger number of smaller groups, my school had to transform the cafeteria and gym into multiple rooms. The teachers using these makeshift spaces sometimes will let kids fly paper airplanes into the adjacent open-ceiling classroom, or they’ll come up with ways to incorporate the basketball hoops that line the walls into classroom activities.

Create a space where kids feel visible without feeling judged

Several years ago, a seventh grader told me he felt judged and ignored, a comment that perfectly captured the cognitive dissonance that comes along with being a middle schooler. Distance learning only amplifies that insecurity.

None of that happens at Power Hour. “They’ve created an inclusive and engaging space, and their care radiates through the screen, making students and staff feel connected so that the stresses and strains of distance learning and physical isolation feel bearable,” explained AnneMarie Smith, the principal at North Bethesda Middle School. On the night I attended, a Pyle seventh grader told me, “This is the only time everyone will turn on their camera. In breakout rooms at school, no one talks, no one’s visible. It’s like they don’t exist—and I don’t exist.”

To replicate the magic of Power Hour in our online classrooms, we can set and enforce norms for respectful behavior and incentivize students to turn on their cameras with fun contests or games. Or we can invite special speakers such as an author, teen activist or one of our own colleagues to help students focus on something other than themselves. Middle schoolers tend to overestimate social risk, so they need to feel seen but not scrutinized.

Slow down and stick around

When Power Hour officially ends at 8 pm, Lun and Hepburn invite kids to talk about whatever is on their mind. I stayed online with the 35 kids who hung around for an extra half hour. “I got Invisalign, so I sound a little weird,” one girl announced. Another girl demonstrated a British accent, and a boy asked if everyone would sing for him the following week on his birthday.

“It’s amazing to see it in motion,” Nardi said. “In a time when students can’t meet or connect with others, the program meets the need to engage appropriately and positively with others.”

And that may be the greatest lesson of Power Hour. While the show offers plenty of bells and whistles, no one needs to be a technological wizard to carve out time for fun, care, and authentic connection.